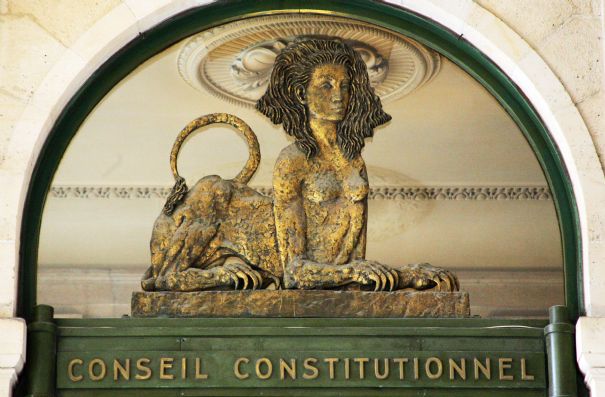 Resume: In a judgment of March 26th, 2021, the French Constitutional Council censures paragraph V of article L. 464-2 of the French Commercial Code about fines pronounced by the French Competition Authority against obstruction attempts during investigations.

In a judgment of March 26th, 2021[1], the French Constitutional Council censured provisions about fines pronounced by the French Competition Authority against obstruction attempts during investigations. This judgment is one of the first in which the French constitutional judge censures a provision relating to competition law. Previously, he validated the provisions relating to the investigative powers of the agents[2], the organization and the sanctioning powers of the Authority[3], its new attributions on regulated professions[4]or the Authority’s President abilities in merger control procedure[5], recognizing that the purpose of competition law is to protect the economic public policy.

This judgment takes place in a case relating to obstruction practices carried out by the Akka Technologies group during the investigations in the group’s companies three years ago. The Authority’s investigation services had found that an employee had altered the retrieval of emails, as well as a breakage of the seals that had been affixed to an office door. In a decision of May 22, 2019[6], the Competition Authority had fined four companies of the group a 900,000 € penalty on the legal basis of paragraph V of article L. 464-2 of the French Commercial Code. This article plans that obstruction of an investigation or inquiry may be fined by the French Competition Authority with a penalty not exceeding 1% of the highest worldwide total turnover (excluding tax) achieved during the last year.

The companies then appealed against this decision to the Paris Court of Appeal, which did not accept their claims. They therefore submitted the case to the French Court of Cassation in order to bring the case on the Constitutional Court[7].

The Constitutional Council rejected the companies’ arguments, excepted the principle of necessity of criminal offenses and penalties. It then applied its now classic case law, according to which the principle of necessity does not prevent the same facts committed by the same person from being the subject of different proceedings for the purposes of sanctions of a different nature in application of different sets of rules. If the possibility that two proceedings are initiated may lead to an accumulation of sanctions, the principle of proportionality of criminal offences and penalties implies, however, that the total amount of the sanctions that may be imposed does not exceed the highest amount of one of the sanctions incurred[8].

To the present case, the French Constitutional Court found that the fine for obstruction provided for in paragraph V of article L. 464-2 of the French Commercial Code penalized the same acts as the fine provided for in article L. 450-8 of the French Commercial Code, which penalizes anyone who opposes, in any way, the exercise of the functions entrusted to the agents of the Competition Authority. The ne bis in idemprinciple therefore forbids these cumulative two sanctions, which pursue the same social interest of protecting economic public policy.