The new merger control guidelines: between evolution and clarification, the modernization of procedure and substance 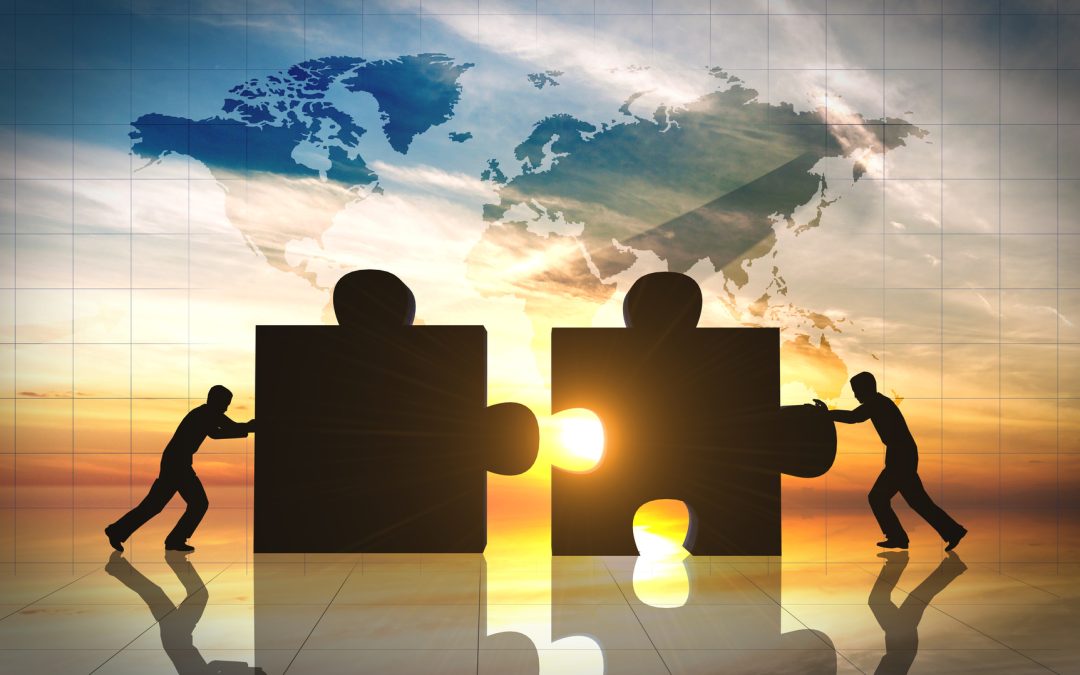 Resume: On July 23, 2020, the French Competition Authority published new guidelines for merger control. The previous ones were dated July 10, 2013, therefore, the evolution of the practice may have shown that it was necessary to make a common guide for the management of these controls. These new guidelines have been designed as an educational and dynamic tool, with the objective of clarifying the procedure and practice of the Competition Authority in merger control. We have here a real modernization of the procedure and the substance of the control of the concentrations.

Merger law means some acts by which the public authority examines mergers between two or more autonomous companies which involve an increase in their market power, as explain M. Cartapanis[i]. Therefore, concentration means a decrease in the number of companies for a given market, which also means an increased need for control over these practices. Indeed, a concentration may result in the creation of a monopoly[ii]. We can understand here the need to be vigilant to these practices and also to control and supervise them. One of the existing way to give instructions to undertakings is the publication of guidelines.

On July 23, 2020, the French Competition Authority published new guidelines for merger control. The previous ones were dated July 10, 2013, therefore, the evolution of the practice may have shown that it was necessary to make a common guide for the management of these controls. These new guidelines have been designed as an educational and dynamic tool, with the objective of clarifying the procedure and practice of the Competition Authority in merger control.

Applicable as of their publication, these new guidelines are therefore more structured, and are intended to integrate the decisional practice of the Authority by drawing inspiration from the Altice or FNAC/Darty decisions, but also by taking into account the contributions of European controls by the Commission or the Conseil d’Etat. This reflects the idea of condensing the different contributions of merger decisions from the different authorities in order to produce a useful guide for companies but also for the authorities that will comply with them.

I.      New guidelines with a new format

The new guidelines adopt a new and more instructive architecture for companies. The clarity of these guidelines was necessary, in the sense that their objective is to anticipate the elements taken into account by the Authority during the examination of a transaction. They therefore had to be understandable and comprehensible to all companies. An initial press release was published on September 16, 2019 and presented the main contributions of the draft, allowing companies to get a first idea of the new rules applicable thereafter. Indeed, the guidelines remain unchanged compared to the press release that had been published in 2019[iv].
The guidelines recall not only the constraints on companies when filing a merger proposal, but also the behavior they must necessarily adopt when preparing the transaction itself. The guidelines therefore give the companies the procedure to follow, and can therefore easily be considered as a guide for them. Moreover, the guidelines even identify transactions that are not, a priori, likely to generate competition concerns.
This clearer guide allows companies to anticipate the elements taken into account by the Authority during the examination of the transaction, they know more or less what to expect, if their transaction can generate a competitive transaction or not. Thanks to these lines, they will be able to try to anticipate the decision of the Competition Authority because they know exactly what the latter will base its decision on.[v]

II. Public consultation as a guarantee for companies

Following the public consultation[vi], the draft has evolved somewhat to take into account the various suggestions made. In order to anticipate a possible notification of a merger, companies can now contact the merger department and request the designation of a team in charge of examining the file. The Authority is required to provide the name of the deputy head of the department in charge of examining the file within five days. In addition, the Authority undertakes to provide a response regarding the completeness of the merger files within ten days of notification.
Another important element is the introduction of a period of ten working days for the Authority to confirm whether a transaction can be processed under the simplified procedure, which gives the notifying party more visibility regarding the organization of the timetable for finalizing its transaction.

It should be noted that aspects of the presentation of the competitive analysis have been clarified, in particular concerning the time frame in which the prospective analysis is conducted.

The new guidelines also include new appendices consisting of a model structural commitment and a model agency agreement, updated to reflect recent developments in decision-making practice and clarifications on requests for internal documents that may be made by the Authority during the investigation.

We can see here that the Authority is imposing new obligations on itself, for example concerning the deadlines to be respected, and that it is committed to applying the guidelines each time it examines a merger in order to guarantee a maximum of legal certainty for companies. There does not appear to be any possibility of derogation from the guidelines, provided that there are no circumstances specific to the transaction or considerations of general interest that would justify a derogation.

The new guidelines have updated the procedural constraints imposed on companies wishing to file a merger proposal with the Authority. The guidelines set out the notification and suspension obligations, as well as the penalties provided for in Article L 430-8 of the French Commercial Code concerning failure to notify, omission or inaccurate declaration, or the early completion of the merger without waiting for the Authority’s decision. These sanctions show the companies the imperatives that must be met regarding a merger, they must respect the formal conditions imposed for the merger and it is essential to wait for the decision to authorize or prohibit the merger before proceeding with it.

Indeed, in the latter case, not only do the companies expose themselves to sanctions, but they will also have to restore the situation they were in before the merger, which can be quite complicated and above all very costly for them. It is in particular the previously mentioned Altice decision of November 8, 2016[vii] that allowed the new guidelines to enshrine this new infringement, that of gun jumping, constituted by the anticipated completion of the merger.

In addition to the possibility of pre-notifying the merger, the new guidelines will also introduce a procedure for filing a dematerialized notification to supplement the procedure for filing a paper copy of the file, and will be open to mergers carried out in the retail sector, provided that they do not result in a change of name or an overlap of activities, whether horizontal, vertical or conglomerate in nature.

The study of these new lines reveals a new possibility for companies: the content of the notification file can be lightened if the notifying company makes a large number of notifications each year, as is the case, for example, with investment funds or certain large retail players. We therefore see here a lightening of the company’s obligations, but subject to conditions.

An Agripole decision of July 19, 2018[viii] may also have inspired the drafters of these guidelines. Indeed, a power of evocation of the Minister of the Economy is now in place, which allows the latter to authorize a merger that the authority would have previously subjected to conditions. This point is to be linked with the corrective measures that can be adopted in the framework of the control. We are thinking here of commitments, structural or behavioral remedies that can be imposed by the Authority. These commitments are provided for and consequently there is also the possibility of re-examining corrective measures and non-compliance with commitments in order to verify compliance with the rules imposed.

IV. The new examination of the merits of a merger

Regarding the substantive examination of the merger, the new guidelines have also evolved on certain points, but it can be seen that the ideas of the old guidelines have been retained. As regards the delimitation of the product or service market as well as the geographic market, the method set out in the previous guidelines has been retained, i.e. the use of qualitative and quantitative criteria, which may be supplemented by the use of quantitative methods[ix].

On the other hand, the new guidelines have been rewritten to make it more However, the new guidelines have been rewritten in order to make the elements that the Authority may take into consideration when analyzing the effects of a merger more predictable, whether the merger is horizontal, vertical or conglomerate in nature. On this point, the Authority expressly indicates what it refers to in order to assess the market power of the new entity. It now takes into account the characteristics of the markets concerned, such as market shares or the degree of market concentration, but also the specific characteristics of each company. This means taking into account their size, their margins, their production capacities or their activities in related markets and their competitive behavior. Particular attention is also paid to the characteristics of the products and services concerned, particularly with regard to their place in the production chain, but also to the characteristics of the parties’ customers or suppliers, the market and the way it operates, and of course to the sources of potential competition, i.e. the existence of barriers to entry or the protection of intellectual property.

One of the elements retained from the previous guidelines, the Authority performs an analysis by type of anti-competitive effects concerned: horizontal, vertical and conglomerate. They examine whether the merger is likely to create or strengthen buyer power and analyze coordinated effects, particularly in the context of vertical and conglomerate mergers or in connection with the creation of full-function joint ventures, taking care to explain the nature of the effects and the criteria used in order to assess them correctly.

It is possible to say that the new guidelines are divided into two branches: the first one consists in lightening the burden and the heaviness of the procedure for the companies thanks, for example, to the simplified procedure or even thanks to the lightened files which are now set up. The second branch is “heavier”, the Authority examines more thoroughly the elements relating to the merger, it now takes more elements into account and proceeds to an in-depth examination of the latter, which may in some way present a risk for companies wishing to carry out a merger in the sense that more elements are now likely to block the operation.

This in-depth examination is positive because it is more certain, but it is delicate for the companies, which will have to be vigilant as to the numerous effects that their merger may have and which the Competition Authority will examine on a case by case basis with great precision.