The information report on digital platforms written by French MP’s 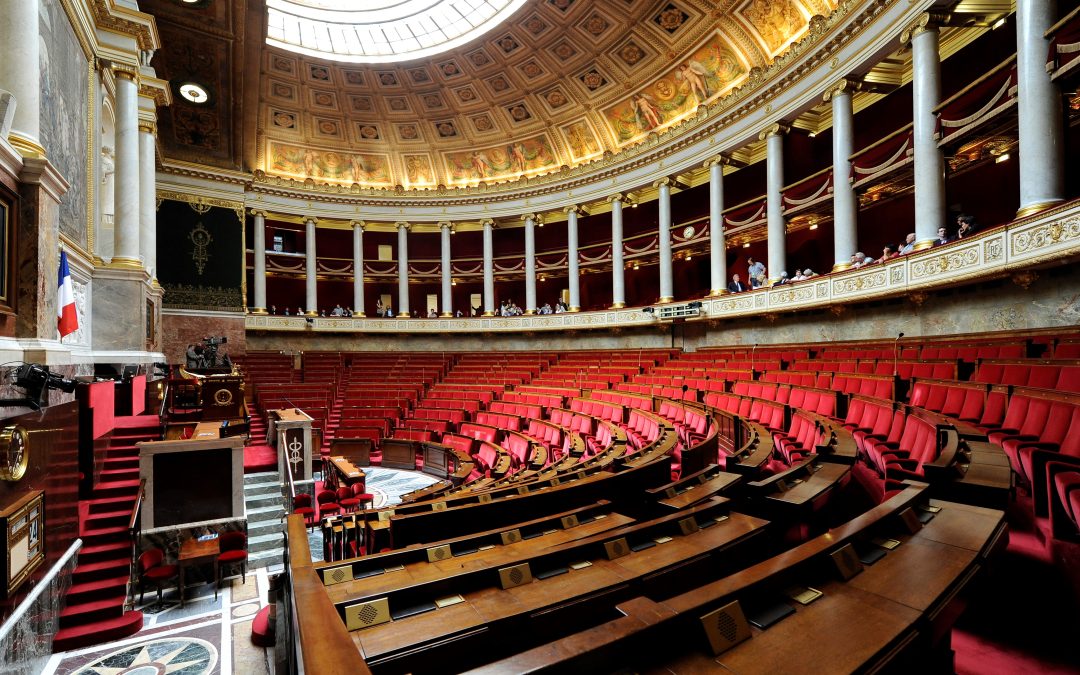 The National Assembly of Economic Affairs Committee has submitted an information report on the 25th of June 2020 concerning the digital platforms, written by the following deputies Mrs. Valéria FAURE-MUNTIAN and Mr. Daniel FASQUELLE.

Over the past few decades, digital technology has generally become omnipresent in the daily life of all economic operators, both in the enterprise and at individual levels. The digital market has been created around the following large platforms, called GAFAM, such as Google, Amazon, Facebook, Apple, and Microsoft, followed by other new platforms that use the same development models. These large platforms have imposed themselves on the market by taking advantage of the characteristic features of the digital market such as a strong network effect. This phenomenon, often integrated into their ecosystem, will allow them to create conglomerate structures and thus to be present simultaneously in several digital sectors.

These large platforms benefit from a mass of data collected from their conglomerate organizations, which constitute the only gateway to exchange information between users.

These characteristics have major and specific consequences on the digital market. They allow these large platforms to exercise nearly hegemonic control over market access, thus leading to a strong dependence of any user on these specific platforms.

Consequently, in November 2019 the deputies created the so-called «fact-finding mission » on digital platforms to answer the following question: “Does the competition law have sufficient norms to regulate effectively the large digital platforms or are other tools needed to be implemented today?”

First, this information report is an overview of the problems caused by the digital platform market (I). Second, proposals are made to create a new law for structuring digital platforms regulation (II).

I – MPs report on the problems of the digital platform market

Apple’s main source of revenue is the sale of its products such as computers, phones, or tablets. It is in a duopoly with Google on the operating systems market. The company does not base its revenues on advertisements and does not monetize the data of its users, but it collects it to improve its products.
Amazon alone accounted for more than half of all the online retail sales in many countries. It sells its products on its online platform and has also expanded its marketplace, where third parties from all over the world can sell their products on Amazon’s online platform. Its source of revenue is from the commissions and monthly fees collected from the third-party sellers on its marketplace.

Microsoft’s main source of revenue is from its software and its paid online storage service.

Even though these digital companies have different business models, they have common characteristics , notably their development and place in the market.

Each of them is in a dominant position that can be explained by the significant economies of scale they achieved. The marginal cost of their services is roughly zero, which allows them to have strong growth without necessarily making investments beforehand. These economies of scale constitute barriers preventing potential competitors to enter. Thus, new economic actors will have to produce their service at a higher marginal cost than the dominant platform until they reach the same level to achieve sufficient economies of scale. With the presence of these big platforms, it is difficult for other economic players to gain a foothold in the market.

Then, these structuring platforms benefit from network effects. Their network increases according to the number of users. Thus, the greater the network effect, the better their services are.

In addition, the market on which the structuring digital platforms operate is often multi-faceted. Due to the network effects, some platforms can act on several markets by leverage effects. For example, Google has a free search engine used by many users. Google will use the search engine market to increase its revenues in the online advertising market. This strategy allows the structuring platforms to develop faster in related markets.

Furthermore, the structuring platforms use lock-in strategies, by creating an ecosystem around their services, so that the switch to other platforms will be costly for its users. As a result, their users will become locked into their platform.

Finally, these structuring platforms play the role of a gatekeeper. These structuring digital platforms are becoming essential for all actors, both the average users and professionals. A company wishing to communicate on the Internet about its business will necessarily have to go through Facebook or Google in case it wants to be seen.

c. The definition proposed by the French deputies

The French Law does not legally define the structuring platforms. However, in this information report , the deputies propose to rely on the identification criterion proposed by the French Competition Authority, the French Treasury, and the Electronic Communications, Postal and Print media distribution Regulatory Authority.
Thus, the structuring digital platforms will be defined by a lasting and dominant position on the market and its neighbouring markets. Consequently, the platform will be unavoidable, will have a big number of users, will be integrated into an ecosystem, and will benefit from the leverage effects. The platform will have access to data in immense quality and quantity. Therefore, it will have a large financial capacity.

The deputies proposed to rely on the circumstantial evidence technique. The above-mentioned criteria will be cumulative or alternative, it will be necessary to fix thresholds, which once exceeded, will be considered as a structuring digital platform.

Thus, it would be up to the legislator to establish an analysis grid and set out the criteria to define the structuring digital platforms. Based on those criteria, the competent authorities would draw up a list of structuring platforms from the existing platforms on the market.

a. The current competition law

The Competition law already takes into consideration certain practices executed by the structuring platforms because of the European law and Article 102 of the TFEU concerning the abuse of a dominant position. These structuring platforms have been called to order for abuse of exploitation or eviction on several occasions. For instance, Google abused its dominant position on the search engine market by giving illegal advantage to its comparison-shopping service .
In France, the law of restrictive practices also makes it possible to counter the behaviour of these structuring platforms. It was the case when the judge sanctioned Booking and Expedia platforms for significant imbalance.

b. The limits of the competition law

According to the deputies, the current competition law has its limits . The information report notes that the analysis grids are inadequate, and the traditional tools are no longer adequate for the digital market. For example, online services are often free for users, and the platforms are paid from the other sides of the market. For example, the traditional analysis grids consider the price of the service to characterize an abuse of the dominant position. So, the conventional tools do not consider the multi-sided nature of the market.
Moreover, the digital market evolves very quickly, which makes it difficult to define the substitutability of goods and services.
The deputies also note that due to the development of the network effects and conglomerate activities at the origin of leverage effects on the digital market, it would be interesting to broaden the analysis of the relevant market to the principal market.

The deputies also comment that the sanctions imposed on these digital giants are inefficient because they are not dissuasive enough. The calculation of the sanctions leads to minor penalties for these economic powers. Thus, the deputies consider that structural and behavioural remedies are not used or not effective enough.

The information report points out that the competition time is too long. The market is evolving and developing at high speed, but the time required for investigations and trials is not compatible with the time of digital innovation. For the Google Shopping case, the inspection for abuse of dominant position lasted seven years, even if there was eventually a conviction. At the end of the investigation, most of Google’s rivals were unfortunately ousted and couldn’t take advantage of the conviction to gain a place on the market.

Finally, the existing merger control is not adapted for the digital market. The Merger control is currently based on the turnover threshold criteria, which do not allow the monitoring of all sensitive operations. For example, since 2008, Google has absorbed 168 companies, including many potential competitors like Waze or YouTube.

After reviewing the market’s problems related to digital platforms, and the limits of competition law, the second objective of this information report is to propose solutions, to potentially solve these problems and to make the market more contestable.

A – Updating the analysis grid and using procedural levers

In the information report, the deputies proposed to update the analysis grid . The update would make it more adapted to the digital market and encourage the usage of procedural levers.
In its first proposal, the deputies propose that the analysis grid define the criteria that identify the structuring digital platforms. This grid will allow the creation of a structuring platforms list on which specific measures will be applied. They proposed to lower the priority of the analysis of the relevant market that is not adapted to the digital market and integrate into the analysis grid the network effects phenomena and the foreclosure mechanism to develop a captivity test for users. It was also proposed to pay more attention to the role of data and well-being of users without the protection of their data.
Regarding the procedural levers , the deputies proposed in their seventh proposal to develop protective measures at the European level, as well as to revise European law by promoting the use of behavioural commitments. It is proposed to reduce the time required to investigate cases relating to the digital market and more specifically to digital platforms.

One of the key proposals of the information report is to implement ex-ante regulation for the list of structuring platforms, established through the analysis grid.

The deputies suggested the implementation of some tools to allow them to supervise those platforms, such as a transparency obligation , which consists of transmitting to the regulator the information concerning their algorithm.
Moreover, they want to promote the portability of data and the interoperability of services. This promotion is done either by an action from the regulator or by the adoption of technical standards by the structuring platforms. The deputies would also like to make the data freely available for the users who are using the essential structuring platforms. Additionally, they proposed to extend the Internet regulation to the mobile networks so that the users have free access to the services. The deputies also want to introduce a non-discrimination principle by prohibiting structuring platforms from promoting their products or services.

One of the remarkable proposals in the information report is the abuse of monopolization , which is applicable on structuring digital platforms, to prevent the installation of an ultimate monopoly. Thus, this offense describes the situation where the company is in the process of becoming dominant, and this is due to anti-competitive behaviours. This abuse of monopolization would sanction the manifest intent to create a monopoly by abusive practices.
The 17th proposal of the information report, which aims to strengthen merger control, should be highlighted. The deputies would like to introduce to the regulator a compulsory notification mechanism about all the acquisitions planned by the structuring platforms. If the transaction appears sensitive to the regulators, it will be obliged to refer to the Competition Authority. This way, it can analyse whether the risk is significant and take a position.