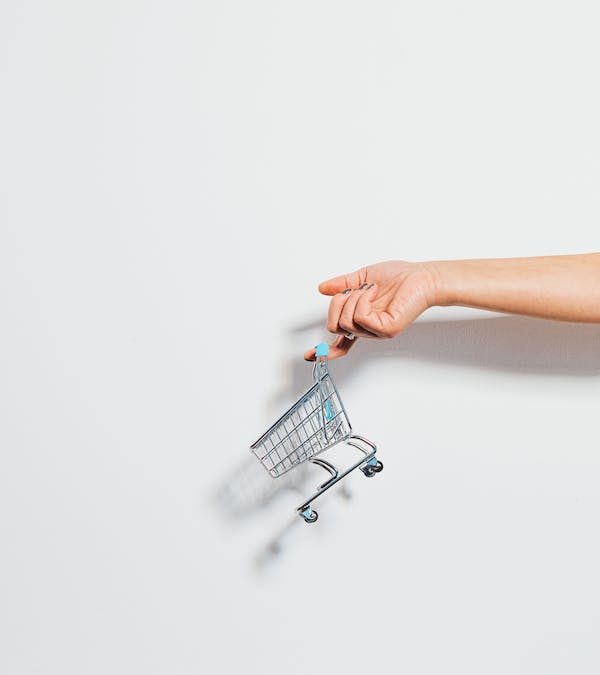 Resume: By a decision ruled on December 18, 2014, the French Competition Authority fines a company for its participation in an anti-competitive cartel in the personal hygiene products sector. The judgment, ruled on January 5, 2022 by the 5th Chamber of the Appeal Court of Paris is based on the characterization of damage in the context of a cartel between companies. This decision demonstrates the need to show that there is no impact on the consumer in the event of a claim for damages in the context of an anti-competitive practice.

To quote this paper: E. JUAREZ, “The importance of demonstrating a lack of cost impact on the consumer in the event of a claim for compensation in the context of an anti-competitive practice” Competition Forum – French Insights, 2022, n° 0039, https://competition-forum.com.

By a decision ruled on December 18, 2014, the French Competition Authority[1] had sanctioned Vania for its participation in an anti-competitive cartel in the personal hygiene products sector. Vania had coordinated its commercial policy between 2003 and 2006 with the mass retail sector.

Following this decision, Carrefour sued Vania for compensation for the damages it suffered as a result of Vania’s participation in the cartel. By judgment of November 4, 2019, of the Commercial Court of Paris[2], Vania was ordered to pay 2 million euros in damages to Carrefour companies. The decision of the Commercial Court held that the causal link between Vania’s fault and the damage suffered by Carrefour was established. Vania is appealing this judgment to the Appeal Court of Paris.

It seems to be appropriate to ask whether Carrefour could legitimately consider that a causal link existed with the loss allegedly suffered by the group and Vania’s recognized anti-competitive practice.

The Appeal Court of Paris, in its decision of January 5, 2022, overturned the Commercial Court’s judgment insofar as the fault of Vania in respect of its participation in an anti-competitive agreement and the loss suffered by the Carrefour companies was not sufficiently established. It considered that in order to retain the prejudice, it was not expected from the Carrefour companies that they establish only the loss of profit on their back margins but also that they report the proof that they had not passed on this cost on the front margin to the consumers.

It seems appropriate to consider the coexistence of two regimes in this case (I), while establishing in a second part the reaffirmation of the passing-on defense theory (II). Finally, it seems important to determine whether such a decision violates the principle of effectiveness or not (III).

I – Coexistence of two regimes: European directive and common law

The Order of November 9[3], 2017 transposed the European Directive 2014/104/EU[4] of November 26, 2014. This European directive came to fill a legal void, that of private enforcement, which consists of enforcing the law of anti-competitive practices by the victims of these practices.

If the common law, through Article 1240 of the Civil Code requires the victim to prove the fault of the damage he suffered, the 2017 Ordinance through its Article L 481-7 provides that it is presumed until proven otherwise that an agreement between competitors causes damage. Article L 481-4 of the same ordinance adds that the direct or indirect purchaser, whether of goods or services, is deemed not to have passed on the extra cost to its direct contractors, unless the defendant, the perpetrator of the anticompetitive practice, proves otherwise.

However, the Court of Appeal, in its decision, considers that the presumption in favor of the victim cannot be applied in light of Article 22 of the European Directive 2014/104/EU. It recalls, with regard to this article, that these provisions cannot be applied retroactively to offences committed before the entry of the 2017 ordonnance. The facts invoked having occurred prior to March 11, 2017. Thus, the appellate court places the burden of proof on the plaintiff pursuant to Article 1240 of the Civil Code[5].

In a decision of November 24, 2021[6], the Appeal Court of Paris had already affirmed this. This case concerned a cartel between dairy product manufacturers, which had an economic impact on three major French distributors.

Like the Commercial Court, the Appeal Court of Paris recognizes an effective causal link between the cartel characterized by the Competition Authority and the loss of profit realized by Carrefour. The Appeal Court of Paris thus follows a two-step reasoning. Firstly, it notes by means of a bundle of evidence, the existence of a causal link between the loss of Carrefour’s back margins and the cartel recognized by the competition authority. Secondly, the court verifies that this loss would not have been passed on by Carrefour through the increase in resale prices to consumers.
On this second point, the Court reversed the judgment of the Court of First Instance in that Carrefour had not sufficiently demonstrated that this loss of profit would not have been passed on to consumers.

The Appeal Court of Paris noted that the Carrefour companies had not proved, as part of the demonstration of their loss, that they had not passed on to the consumer the loss of profit resulting from the reduced back margins due to the sanctioned cartel.

The Appeal Court of Paris thus seems to agree with the theory of passing on defense. If the extra cost is passed on to consumers, the distributor cannot claim compensable damage. This theory was not subject to any regulatory framework before Directive 2014/104/EU, which left the courts free to assess its limits. In considering that the Ordonnance could not be applied with regard to its article 22, the Appeal Court of Paris did not recognize the simple presumption provided for by article L 481-4 of the Ordonnance and considered that it was up to Carrefour to demonstrate that there had been no repercussion of the damage on its customers.

Correlatively to its approval to the theory passing on defense, the Appeal Court of Paris seems to make the application here of a previous decision of the court of cassation, the case “Doux Aliments”[7]. In this case, the court of cassation had censured the decision taken in appeal by considering that this last one had not sufficiently sought on the distributor had not passed on its loss of margins on the customers of the latter.

In addition, the Appeal Court of Paris seems to base its argument on a political context that is clearly in favor of large-scale distribution. Indeed, the law known as “Galland” of July 3, 1996 does not impose a maximum resale price to consumers.

According to this decision, Carrefour had to prove, as part of the demonstration of the damage, that there had been no repercussions on the consumer of the loss of profit resulting from the reduced back margins due to the sanctioned cartel. However, no evidence was produced to this effect.

III – The principle of effectiveness: a challenge considered irrelevant

The impact of the cartel on Carrefour’s economic situation has certainly been recognized by the Appeal Court of Paris, but the court considers that it is the responsibility of Carrefour to demonstrate that there was no repercussion on the consumer. It thus places the burden of proof on the plaintiff in accordance with its decision to set aside the 2017 ordinance in favor of Article 1240 of the Civil Code, which it considers more relevant

In defense, Carrefour argued that it no longer had the back-margin data applied at the time of the practices, due to the expiration of the 10-year period imposed by law for the conservation of accounting documents (C. com. art. L 123-22). To compensate for this lack of data, Carrefour had produced an economic study carried out on its behalf by a specialized firm. This study used a counterfactual approach, comparing the back margins achieved during the period of the cartel with the back margins practiced for the same products during a reference period not affected by the cartel, i.e. the year 2007. The Court of Appeal found that none of the elements of this report were sufficient to exclude the passing on of the extra cost.

Carrefour had questioned in its pleadings a possible infringement of the principle of effectiveness. According to this principle, the national judge is forced to ensure that the applicable national norm does not prevent the proper implementation of the European provisions that also apply to the dispute.

Anticipating the answer from the Appeal Court of Paris, Carrefour had formulated in its pleadings a potential preliminary question to be submitted to the CJEU  : “Is it contrary to Article 101 TFEU and its principle of effectiveness to require that the victim of a cartel can obtain compensation for the harm caused by it only if it provides accounting proof that it did not pass on the loss of profit to the consumer, when the victim is unable to provide such proof?”

The Appeal Court of Paris nevertheless considered “that the question did not raise any serious difficulties, insofar as proof of the non-recovery of the extra cost could be provided by means other than accounting documents. According to the Court of Appeal, it is therefore neither impossible nor excessively difficult to prove”. The request for a preliminary ruling is therefore rejected.

In this case, the Appeal Court of Paris has strictly applied previous decisions. It should be noted that, in view of the transposition of the European directive and the simple presumption that now applies on the victims of cartels, future decisions could lead to reversals. If there is a “claimant-friendly”[8] European trend aiming to reduce the obstacles encountered by claimants, this judgment seems to be part of a jurisprudential severity that goes against the grain.
Indeed, a legal vacuum will remain regarding the defendant’s burden of proof, as it will probably not have access to the distributor’s accounting documents. In so doing, this double presumption will lead to new and important litigation.