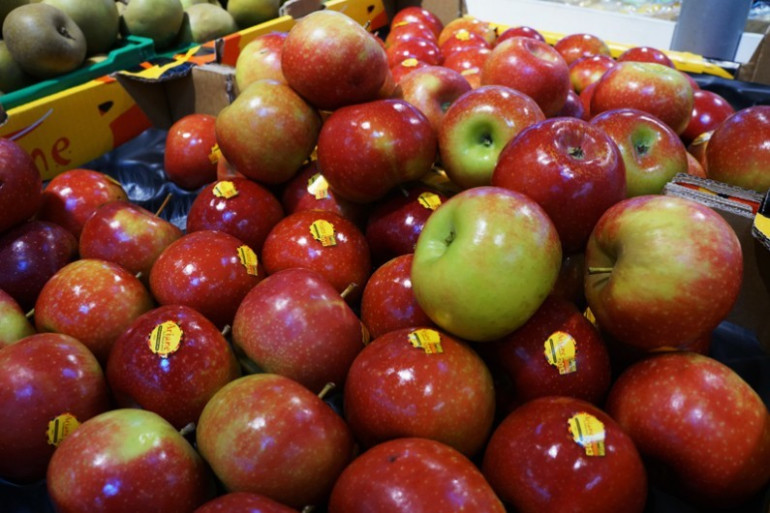 Resume: By a decision of March 11, 2015, the “Autorité de la concurrence” established that producers of dairy products, including the company Novandie and its parent company, the company Andros et Cie, had breached the provisions of Articles 101 of the Treaty on the functioning of the European Union and L. 420-1 of the Commercial Code. The companies filed an appeal for annulment, the Paris Court of Appeal annulled the decision in its provisions relating to pecuniary penalties. The Court of Appeal refixed the amount of the fines. French court of cassation dismisses an appeal in the case of the yogurt cartel by dismissing any difference in treatment in the calculation of the fines imposed by the Paris court of appeal.
Download this paper

This French decision is part of a context of health crisis, 2020 marks the beginning of an unprecedented epidemic. The French regulatory authority responds firmly by ruling out the fact that the principle of equal treatment is broken between.

I. The sanction issued by the competition authority

First of all, it is important to remember that this cartel was condemned by the competition authority thanks to the leniency procedure. As a reminder, the leniency procedure allows companies that participate or have participated in a cartel to reveal its existence to the Autority and to obtain, under certain conditions, the benefit of a total or partial exemption from financial penalties., depending on their rank of arrival at the Autority, their cooperation in the investigation and the added value of the elements brought to the attention of the Autority.
To resume chronologically in this case, the French regulatory authority « Autorité de la concurrence » condemned, on March 11, 2015, several dairy product producers, including the companies Novandie and Andros (French compote company), for having breached the provisions of Article 101 of the TFEU relating to restrictive agreements. of competition.

Between December 2006 and February 2012, the companies implemented concerted practices on the market for fresh dairy products sold under private label. Indeed, this firm practiced repressive agreements because they harmed intra-brand competition and deprives consumers of a healthy competitive market where prices can be better.

The grievances that can be raised in this case are as follows. In the first place, the first grievance concerned consultations, between December 6, 2006 and December 17, 2008, then between January 4, 2011 and February 9, 2012, on the rate of price increase by product family.

Moreover, the second grievance related, between June 15, 2010 and February 9, 2012, to the distribution of volumes and to responses to calls for tenders from distributors.
The procedure went as follows: the firms Novandie and Andros have brought an action for annulment, alternatively for reversal, of the Autority decision. Afterward the Paris Court of Appeal, in a judgment delivered on May 23, 2017, annulled the decision in its provisions relating to the financial penalties imposed on the company Andros. It also set the amount of these penalties.

II. The decision of the Court of Appeal

They complain that the court imposes a financial penalty on them jointly and severally in the amount of 35 million euros, whereas the principle of equal treatment precludes comparable situations from being treated differently. In French law, the principle of equal treatment of all individuals before the courts has constitutional value. Thus, all litigants, regardless of their nationality or condition, are treated identically by the French courts. Indeed, treating litigants placed in an equal situation differently breaks this principle of equality.

According to the plaintiffs, the justification for differential treatment is assessed with regard to the sole infraction in question. In doing so, having participated over the same period in the anti-competitive practices of which they are accused, the companies cannot be subject to different methods of calculating fines.

In the present case, the regulatory authority had decided to pronounce only a single sanction for the two grievances, of unequal duration and severity. It had retained the duration of the longest infringement in the calculation of the financial penalties and applied a reduction of 35 to 45% due to the shorter duration of the participation in the second consultation.

— a company for which the duration multiplier had already been set in accordance with the duration of its participation in complaint no. 2, and which could therefore not claim any reduction;

— companies for which the difference in duration of participation was approximately one year, which could justify a reduction of 10%.

— undertakings, including the applicants, for which the difference in the duration of participation approached two years, justifying a reduction of 20%;

— a company for which the difference in duration of participation was between three and four years, which could justify a reduction of 35%.
However, it maintained, without any objective justification regarding the infringement, the reduction initially decided by the Authority to the other companies implicated having participated in the alleged offense.

III. The decision of the Court of Cassation.

It was considered that by treating identical situations differently, the Court of Appeal would have violated the principle of equal treatment of Articles L. 464-2 of the French Commercial Code, 6 and 13 of the Convention for the Protection of Human Rights and fundamental freedoms, 20 and 21 of the Charter of Fundamental Rights of the European Union. The French Court of Cassation censures this reasoning.
The Commercial Chamber of the Cassation Court forcefully recalls that the principle of equal treatment is only violated “when comparable situations are treated differently or when different situations are treated identically, unless such treatment is objectively justified”.
In the present case, if the methodology for calculating the relief granted by the judgment to Novandie and Andros differs from that adopted by the Authority and maintained by the judgment with regard to undertakings which have only formed a request for review of the decision without contesting the rate of reduction adopted by the Autority, « this circumstance does not constitute a violation of the principle of equal treatment since this difference is the result of distinct procedural strategies choices according to the companies,
which the Court of Appeal could not ignore. » The applicant undertakings and the others were thus in non-comparable situations. Consequently, the Court dismisses the appeal.

IV. Criticism of the decision

This judgment is very interesting to comment on because the formation of agreements in the form of a cartel is increasingly common, particularly in the agri-food sector. The competition authority dismantled cartels in ham, compote and flour between 2012 and 2020. The amount of the fines and the method of calculation used as well as the abatement rates represent considerable issues because the fines imposed to punish this type of agreement can go up to 242 million euros for the flour cartel, or another 192.7 million for the dairy cartel. Although the competition authority may provide lower penalties for smaller participants and therefore a difference in treatment which can be justified.

Furthermore, this judgment highlighted the complexity of the method of calculation by the courts and the sometimes-different positions. Thus, various criteria must be considered to determine the amount of the fine, such as the proportion of the value of the sales to be considered which makes it possible to ascertain the damage caused to the economy by this anti-competitive practice. ‘Appel retains 15% for this criterion while the Competition Authority retains 16% . This perhaps illustrates a lack of homogeneity in competition law, the Competition Autority being the most specialized body in France, the fact that the judges of the Court of Appeal do not want to follow the guideline of the competition authority.

Finally, the fact of dismissing the violation of the principle of equal treatment by considering that the difference is the result of legal strategies, makes it possible to consider this decision as an important case law for the treatment of future cartel agreements. This shows us the difficulty between the positioning of the European union, but also of internal decision-making bodies such as the court of cassation and the competition Autority.