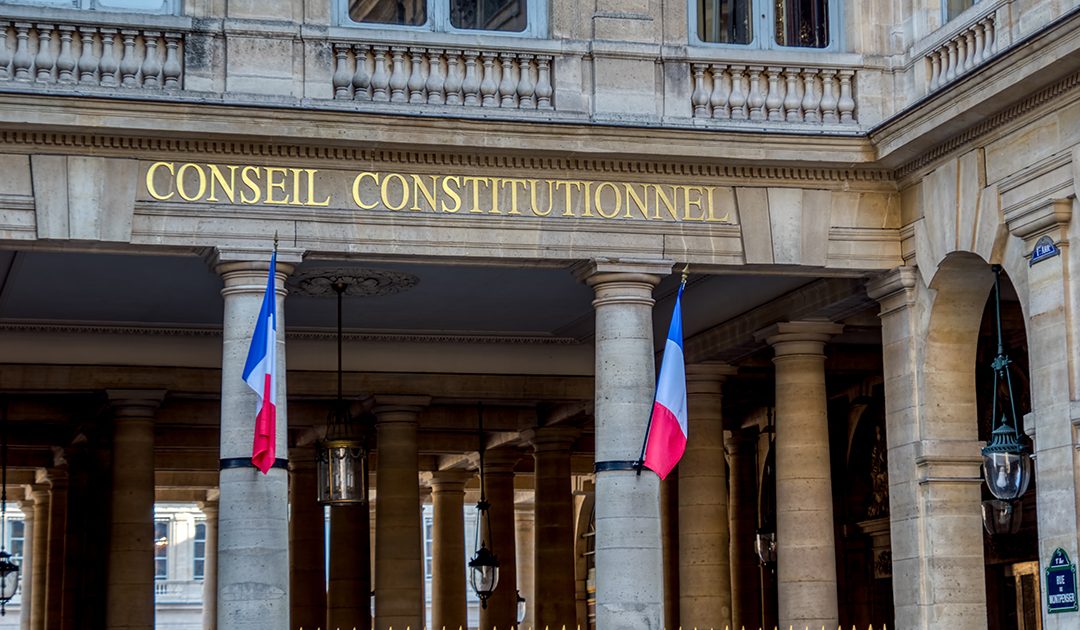 Resume: In the decision n°2015-715 DC of August 5th, 2015, the French Constitutional judge ruled unconstitutional article 39 of August 6th, 2015 Law. This article gave the French Competition Authority the possibility to adopt structural injunction measures against enterprises without any prior abuse. The right of ownership and the freedom of entrepreneurship were threatened.

Macron’s law[1] was adopted in France on July 10th, 2015. Before this law was enacted, the French Constitutional Court, called “Conseil Constitutionnel’’ exercised an a priori oversight of this law referred by sixty deputies and sixty senators.

Among all the articles that have been referred to the French constitutional judge, the constitutionality of article 39 was reviewed.

The November 20th, 2012’s law[3]had already extended the possibility for the Competition Authority to give structural injunctions in the French’s overseas departments and regions like Saint-Martin or Wallis and Futuna, without any prior abuse. The same possibility wanted to be given in Metropolitan France by the August 6th, 2015’s Law also known as ‘‘Macron’s Law’’[4].

This tool differs from structural injunctions as anticompetitive practices’ sanctions. Since 2008[5]article L. 752-26 of the French’s commerce code gave the French Competition Authority the power to give structural remedies to retail trade’s enterprises who were guilty of an abuse of dominant position or economic dependency. The French Competition Authority wanted more efficient powers, in particular to fix the food trade market’s concentration in Paris.[6]  The Conseil Constitutionnel considered that Macron’s law[7]would have given the Authority an excessive tool to assure a free and competitive market.

Article 39, 2nd of this law was supposed to redraft article L. 752-26 of the French Commerce Code to give to the French competition authority the right to use structural remedies against an enterprise or a group of enterprises that operates one or more retail trade stores in metropolitan France, if this enterprise has a dominant position and a share of more than 50% of the market.

More precisely, the French Competition Authority could have sent a reasoned report to the enterprise or group of enterprises, if the two following conditions are met. On the one hand, there is an excessive market integration that leads to undermined competition in the area in question. On the other hand, this competition’s infringement, in the same area, shows that the enterprise practices higher prices and margins compared to the average of this economic sector.

If those conditions are all met, the enterprise first has the possibility to submit commitments in order toaddressthe risks to competition, within two months, to the French Competition Authority.

Secondly, if this commitments procedure fails because the company hasn’t proposed any commitments or not enough to sufficient, the competition authority will notify a report to the company, who then has two more months to submit their comments.

Thereafter, the Authority could enjoin the undertaking to modify, complete or cancel any agreements or any acts concluded up to 6 months earlier, that has led to the company’s economic power. It can also order to proceed, within 6 months, to the disposal of assets, even lands, if it’s the only way to restore effective competition.

However the Competition Authority has to respect enterprise’s procedural safeguards. In fact, following the statement of objection, the authority’s decision has to be motivated after a session in front of the « Collège », trial body of the French Competition Authority.

This kind of structural remedy is often criticized. Indeed, it could interfere with important and basic principles such as the right of ownership. Moreover, this mechanism may intervene even if there has been no abuse of domination from the company.

II: The complaints against this structural injunction mechanism

In this case, both deputies and senators have filed a number of complaints against the provisions of Article 39.

They were claiming that this measure could interfere with the right of ownership, that the disposal of assets and the current contracts termination could only be unfavorable from the enterprise’s point of view.

This article would lead to freedom of entrepreneurship infringement that is not justified by a special situation of competition in metropolitan France.

Furthermore, this is an infringement against the maintenance of agreements lawfully formed.

Lastly, the principle of legality of crimes and sentences and the purpose of the law’s accessibility and comprehensibility had been invoked.

The Conseil Constitutionnel therefore had to give its verdict about how this mechanism was compatible with the French Constitution.

The Conseil Constitutionnel has censored this new tool. Indeed, it appeared to be an excessive prejudice to the right of ownership and to the freedom of entrepreneurship.

The Court noted that some limitations can be added to the property right but ‘‘they have to be justified by general interest and be strictly proportionate to the set objective’’[8].

Regarding the present article, its purpose is general concern because this law takes place in order to protect economic public order and consumers in the retailsector[9].

Nevertheless, this infringement was too important, in regard to the fact that this mechanism was applicable even if there was no abuse of domination and the enterprise’s economic situation was legally formed. Besides, this dominant position could also have been reached by a merit-based competition.

Moreover the law was originally supposed to remedy the situation in the food retail sector only [10]but the final disposition concerned the sector of general retail trade.

In proportion to these two constitutional principles, the scope of application of article 39’s disposals were too heavy. From the material level, it included general retail trade, and from the geographical level, it extended the Authority’s control on all metropolitan France. However, structural remedies are encountered in practice, they could even be the answer to the current competitive situation in digital sectors.

It is not the first time that the mechanism of structural injunctions has been contested, and it certainly will not be the last.

In France, the same mechanism of structural injunctions exists in overseas territories. Article L.752-27 of the Commerce Code disposes that enterprises in the retail trade sector, can be enjoined by the Competition Authority to commitments. In case of failure, the Authority can force the enterprise to sell off assets, in absence of any infraction[11]. Unlike article 39 of Macron’s law, this structural injunction is justified by the specific constraints of these territories in terms of their geographical and economical features.

That’s why, the French Constitutional Court in a decision of October 1st of 2013[12]had affirmed the constitutional conformity of this mechanism, introduced in the country’s law concerning New Caledonia.[13]

In the United Kingdom, Market investigations procedure refers also to structural measures. They are ‘‘detailed investigations into whether there is an adverse effect on competition in the market for the goods or services referred. If so, the Competition and Markets Authority must decide what remedial action, if any, is appropriate’’[14].

The guidelines for market investigations[15]give us an illustration of possible remedy approaches to different types of competition problems. For example, in a concentrated market structure, structural measures such as divestiture, can be enjoined to directly create a less concentrated market structure. Even though, the identification of anticompetitive features in a market investigation or the imposition of remedies does not mean that market participants have infringed the law.

In addition, the European Commission has recently proposed to introduce these kindsof remedies into a New Competition Tool[16]that would enable the power to enjoin structural remedies to market participants if this market has competition concerns, without a prior offense determination. This new tool was especially supposed to fix digital market concerns.

The public consultation[17]related the scope of application of this New Competition Tool, which stayed open until September 8th 2020. However, on December 15th 2020, the Commission gave their Digital Services Act package including two regulations projects that are DMA[18](Digital Market Act) and DSA[19](Digital Service Act). There were almost no remaining with the New Competition Tool’s initial project.

To conclude, the Commission leaves the doctrine and competition professionals perplexed. A lot of questions sustain if this new competition tool is to be definitely dropped. If this is the case, perhaps it is for the best because as we’ve seen in the decision of August 5th 2015 by the French Constitutional Court, structural remedies can harmFrench constitutional principles or fundamental rights in general.

[16]The New Competition Tool: A Trojan Horse to win the war against liberty byMaya-Salomé Garnier November32020

[18]Proposal for a Regulation on Digital markets act, 15 December 2020