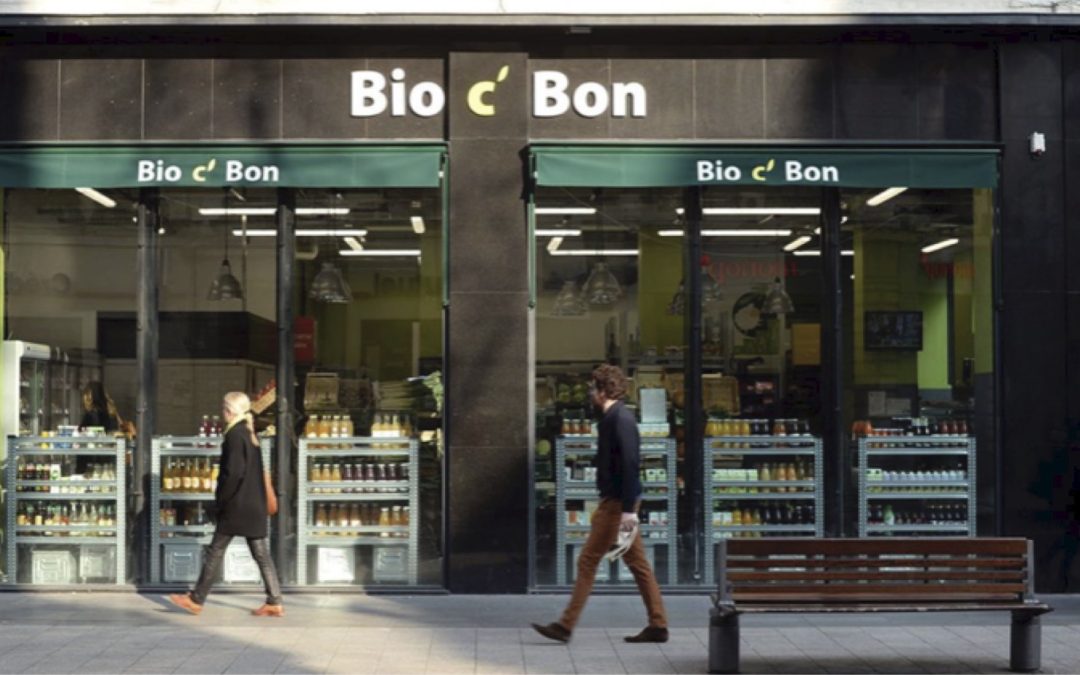 Resume: In a decision dated September 10, 2021 (Décision n°21-DCC-161 du 10 septembre 2021 : pris de contrôle exclusif de certaines activités du groupe Bio c’Bon par la société Carrefour France), the French Competition Authority authorized the acquisition of Bio c’Bon stores by Carrefour, subject to the sale of 8 stores to rebalance the market. With this decision, it recognizes for the first time the existence of markets for organic products, by identifying both a supply market and a market for the distribution of predominantly organic food products.

To quote this paper: M. BEAULATON, “The French Competition Authority recognized for the first time the existence of a market for organic products”, Competition Forum – French Insights, 2022, n° 0021, https://competition-forum.com.

I- The facts and the decision

Carrefour and Bio c’Bon are two distribution group of mainly food products active on the whole French territory.
The Carrefour group distributes so-called “conventional” products (i.e., products that are not organic or “bio” according to the common name), but also organic products, notably through its hypermarkets, supermarkets and convenience stores. It also operates a network of stores specializing in the retail distribution of organic products , under the So’Bio and Carrefour Bio banners, as well as the “Greenweez” online sales site. As for the Bio c’Bon group, it specializes in the retail distribution of organic products through a network of 120 stores under the Bio c’Bon banner located throughout France.
Carrefour was chosen on November 2, 2020 by the Paris Commercial Court as the buyer of 100 Bio c’Bon stores, a company targeted by a judicial liquidation procedure.

The Authority’s final decision dated September 10, 2021 is thereafter final as it was not appealed within the legal deadlines.

Given the moderate market shares of the parties on the supply market at the national level, the French Competition Authority considered that the acquisition was not “likely to significantly strengthen the purchasing power of the new entity vis-à-vis suppliers of organic products”, but 8 stores will have to be sold. Indeed, the Authority considered that there were risks of harm to competition in four catchment areas surrounding the acquired stores in Paris and in six areas outside Paris. In these areas, the transaction was likely to reduce competition given the position of the new entity after the transaction, and was likely to lead to price increases or a reduction in the diversity of the offer to the detriment of the consumer. Carrefour will therefore have to undertake to sell eight Bio c’Bon or Carrefour stores located in these areas to one or more competitors. These structural undertakings will make it possible to eliminate any overlap between the parties’ activities or to reduce the market shares of the new entity to a reasonable level and will enable competing brands to strengthen their presence or to set up in the areas concerned and thus to compete more effectively with the new entity. The buyers of these stores will have to be approved by the Authority, which will ensure that they will be able to constitute a credible alternative offer for the distribution of organic products in the format of supermarkets (GSS) in each of the eight areas concerned. After having consulted the parties’ suppliers in the context of a market test, the Authority also found that the transaction would not place them in a situation of economic dependence on the new entity. In this respect, the Authority applied the European test setting the threshold for the risk of economic dependence of the supplier at 22%, a threshold beyond which a producer cannot replace the loss of a customer without suffering considerable financial losses (point 62). In the present case, the market test carried out among suppliers did not lead to the identification of situations in which the transaction would create or reinforce a state of economic dependence affecting competition (point 64).

The Authority considered, in this case and in order to rule out any serious doubts of harm to competition on markets delimited for the first time, that the areas in which (i) the number of competing groups is less than three or (ii) the Herfindahl Hirschman Index (hereinafter “HHI”) associated with the transaction is greater than 2,000, combined with a delta of HHI greater than 500, should be the subject of an in-depth examination of the local competitive structure (point 79).

This authorization under commitment is also known to the Americans because in a case it has, according to complaint, which was first announced in September 2019, the acquisition as proposed would likely harm competition for broadline foodservice distribution for customers in four local markets and for national and multi-regional customers throughout the country.

The final order requires that within 30 days of the acquisition closing, US Foods must divest three FSA distribution centers: one in Boise, Idaho; another in Fargo, North Dakota; and a third in the greater Seattle area. All three divestiture buyers are members of Distribution Market Advantage, a national consortium of regional distributors; the divested facilities will maintain DMA’s national footprint, which makes DMA an attractive option for multi-regional and national accounts .

II – The distinction of a new relevant market : the market for organic products :

This is not the first time that the Authority has authorized the acquisition of exclusive control subject to a commitment to divest stores in order to avoid the risk of harm to competition. Indeed, these measures allow the maintenance of a balanced competitive situation by limiting the position of certain distributors .

The main novelty of this decision lies in the recognition of a market for organic products (point 18), due to the absence of substitutability on the supply side. The decision was based on the existence of dedicated supply chains, specific production methods, and the existence of certifications and binding specifications for organic products (points 14 and 15). The suppliers who responded to the survey noted that the choice of converting from conventional to organic products is made more complex by these different aspects, which can contribute to longer conversion times and higher costs.

It identifies both a supply market and a distribution market for predominantly organic food products. After a detailed investigation, supported in particular by a consumer survey, the Commission then gave its opinion on the competitive structure of these markets.

The results of the consumer survey carried out in the context of the investigation of the transaction, coupled with the various indicators collected during the examination (in particular the price differences and the qualitative differences between organic and conventional products), revealed the existence of a specific market for the retail distribution of mainly organic food products.

The Authority has therefore concluded that there is a distinct market for the retail distribution of predominantly organic food products restricted to « GSS », a market on which the parties’ activities overlap given the presence of Carrefour through its Carrefour Bio and So’ Bio banners.

This analysis aims to ensure that if the purchaser of Bio c’Bon, i.e. Carrefour, wishes to withdraw and make these stores an activity focused on the distribution of organic products, it would not be likely to affect competition on the markets concerned. The operation cannot be authorized without this analysis being carried out and, if necessary, any competition problems being identified and corrected (point 69) .