The French Competition Authority fines Apple a record of €1.1 billion: a renewed use of abuse of economic dependence 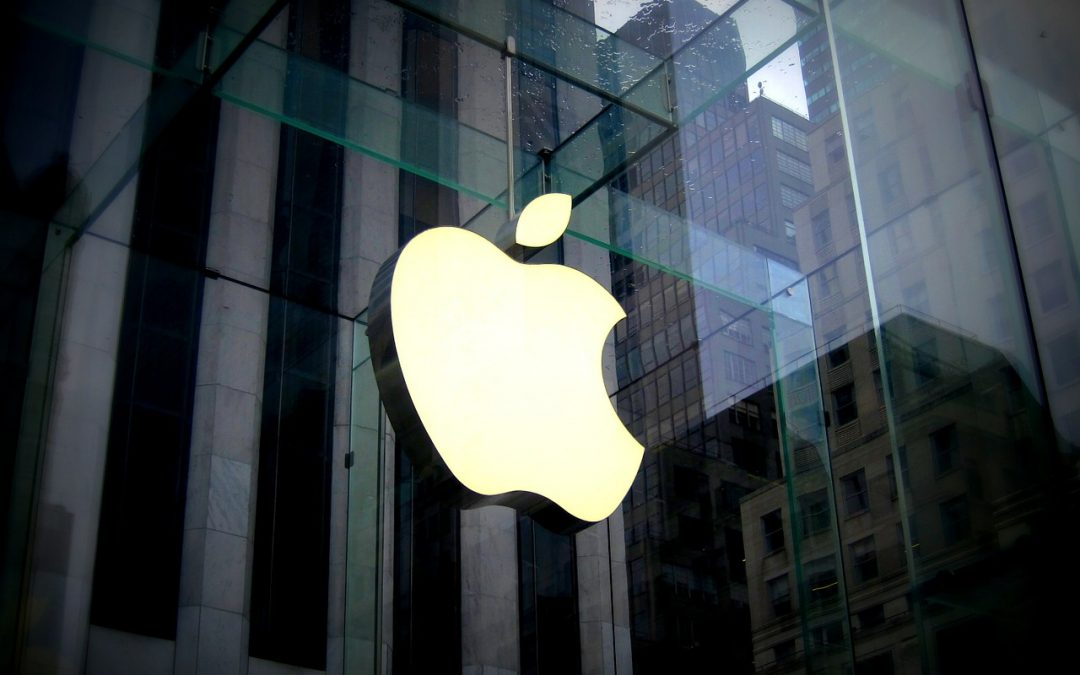 Summary: In the Apple decision number 20-D-04 of March 16th, 2020, the French Competition Authority fined Apple a record fine of €1.1 billion after finding that it had infringed competition law by practicing resale price maintenance and division of products and customers. Most importantly, the French Competition Authority found Apple guilty of an abuse of economic dependence, a standalone violation of French competition law rarely used in the past.

To quote this paper: C-E. Auduc, “The French Competition Authority fines Apple a record of €1.1 billion: a renewed use of abuse of economic dependence”, Competition Forum – French Insights, 2021, n° 0005 https://competition-forum.com.

On the downstream market, Apple products are sold by retailers and resellers, depending on their size and activity. Retailers are supplied by Apple directly and are generally chain stores including electronic goods retail chains.

Resellers are usually small-scaled electronic good dealers that operate with Apple under two formats. On the one hand, Apple Authorised Resellers (AARs) sell Apple products through a regular distribution agreement. On the other hand, Apple has implemented a network specialised in the sale of its products, where the distributors called Apple Premium Resellers (“APRs”) are chosen based upon selective criteria to ensure a high-quality customer experience. However, APRs are not protected against sales outside of the network.[2] APRs are supplied either by Apple or by the two wholesalers.

The practices implemented by Apple for the distribution of its products.The case was brought forward in 2012 by eBizcuss, a company listed as an APR. The practices held before the French Competition Authority (“FCA”) included an exchange of information between the wholesalers and the division of Apple’s products and customers. It also featured the diffusion of imposed prices by Apple, as well as the imposition of differentiated commercial conditions between the integrated retailers and other retailers, resulting in an abuse of economic dependence.

The Apple decision is based on Article 101 TFEU and Articles L.420-1 and L.420-2 of the French Commercial Code on anticompetitive practices and abuse of economic dependence.

The FCA found that Apple had implemented three sanctionable practices: the division of products and customers (I), resale price maintenance (II), and abuse of economic dependence (III).

As a consequence, the Authority fined Apple €1.1 billion as well as its wholesalers Tech Data (€76.1 million) and Ingram Micro (€62.9 million).

I. Division of products and customers between Apple and its wholesalers

The FCA found that Apple and its wholesalers had infringed Article 101 of the TFEU and Article L.420-1 of the French Commercial Code. Apple and the two wholesalers agreed not to compete between one another and to prevent distributors from competing against one another although they were independent undertakings. Apple and the two wholesalers proceeded to the allocation of products and customers between themselves. The FCA indeed found that Apple had sent out specific numbers of its products to be delivered to distributors on the downstream market, which the wholesalers had agreed to and actually implemented.

The FCA found that Apple had imposed reselling prices on APRs and thus restricted price competition between APR’s and Apple’s own network.

First, it found that Apple communicated “suggested prices” that were also available to customers. The FCA found that these prices were actually imposed on APRs who had to charge the same prices as Apple.

Then, it found that some provisions in the distribution contracts regulated the way APRs could implement discounts and promotions. Overall, it appeared that APR’s had little to no leeway regarding the prices they could charge. They could not lower their prices nor set up any promotions themselves on the products sold.

Finally, Apple monitored the prices set by APRs with a risk of reprisal. Indeed, Apple sometimes reduced supplies when APRs practiced unapproved promotions, leading to a shortage of products.

According to the FCA, this practice resulted in a restriction of intra-brand competition for the distribution of Apple products between APRs and Apple stores.

The FCA concluded that Apple had infringed Article 101 of the TFEU and Article L.420-1 of the French Commercial Code by imposing prices on APRs, which constitutes a hardcore restriction.

III. A rare application of abuse of economic dependence

Abuse of economic dependence was introduced in France in 1986[3] to encompass abusive practices implemented by non-dominant undertakings towards their trading partners.

Three conditions must be met to define an abuse of economic dependence:

(1) a situation of economic dependence that will be appreciated according to the following criteria: the reputation of the brand or product, the supplier’s market share, the share represented by the supplier’s products in the distributor’s turnover, the lack of an equivalent solution to the contractual relations entered into, either as a customer or as a supplier (lock-in situation)[4];

(3) an impact on the functioning or structure of competition. Article L.420-2 Paragraph 2 of the French Commercial Code states that it is sufficient for this impact to be potential. However, the Cour de cassation (the French Supreme Court) emphasized that only a significant impact on competition can characterize an anticompetitive practice.[5]

Abuse of dependence is rarely used by the French Competition Authority[6] which usually favours a restrictive approach of the violation. As the abuse of economic dependence occurs between two companies involved in contractual relationships, the FCA stated that the conditions have to be carefully assessed and case specific.[7] Indeed, it is not the economic dependence that is prohibited by French law but the abusive exploitation of such state, which sets a high standard of proof.

Interestingly enough, the FCA found Apple guilty of an abuse of economic dependence. In this case, it considered that all the above criteria were fulfilled, and that Apple had managed to distort competition thanks to its dual position in the supply chain, both as a manufacturer and a reseller.

The economic dependence of Apple Premium Resellers. The situation of economic dependence between Apple and the APRs was observed in different provisions and obligations stated in their contracts. For example, not only did the APRs contracts provide for exclusivity regarding Apple products, they also prohibited APRs to open any store selling competing products during the term of the contract and up to six months following its termination. Consequently, the Authority assessed the situation of economic dependence by concluding that APRs were unable to trade partners and sell another brand of products without risking a complete loss of value of their business, considerable investments and costs for rebuilding stores and training staff.

Apple’s abusive conduct towards its Premium Resellers. The FCA found that Apple’s conduct was abusive as the practices implemented aimed at keeping the distributors in a situation of dependence whilst restricting their commercial freedom. The FCA noted difficulties regarding the supply of products, a discriminatory treatment towards APRs as well as a lack of transparency towards remunerating conditions.

One aspect particularly concerned the receiving of products.

Indeed, Apple limited the amount of product available for APRs especially those in demands, following the launching of a new product for instance. The FCA found that APRs were deprived of stocks whilst Apple Stores and other retailers were still being supplied. As a consequence, APRs suffered a loss of their customers and even had to resort to ordering from other distribution channels (e.g. directly from Apple Store like any end costumer). Regarding Apple’s new products, APRs testified that they were not informed in a timely manner of the launch of new products.

Moreover, the FCA noted that the conditions listed in contracts between Apple and the APRs were quite unforeseeable.

A restriction of competition. The FCA concluded that these practices drove out resellers by excluding some APRs such as the complainant, due to the loss of customers. In all likelihood, these practices contributed to undermine the activity of APRs. Although Apple presents APRs and Apple stores as specialised competitors, the FCA considered that the practices conducted by Apple favoured its own network. Consequently, the abusive behaviour resulted in a restriction of intra-brand competition of Apple’s products.

One argument seems to be that abuse of economic dependence can be used in the absence of reunion of the elements of abuse of dominance against firms with superior bargaining power.

Others argue that abuse of economic dependence is more of a contractual issue than it is a competition law matter, and that it should not serve antitrust purposes.[9]

There also seems to be a problem of legal certainty regarding the application of abuse of economic dependence to the digital economy, as the Apple decision is an extremely rare application of the abuse. Moreover, the complaint was filed in 2012 and the decision reached in 2020. It took 8 years for the FCA to resolve the matter. It is thus arguable that the digital economy moves forward too fast to be apprehended under the scope of abuse of economic dependence on a regular basis.

[1]For an overview of the whole network, see the layout by the FCA page 27 of the decision

[8]“Is there a future for abuses of economic dependence in the European Union? Comparative research based on the French model and its applications in the platform economy”, L. Hamidou, 2020, forthcoming.

[9]Glöckner J, ‘Unfair Trading Practices In The Supply Chain And The Co-Ordination Of European Contract, Competition And Unfair Competition Law In Their Reaction To Disparities In Bargaining Power’ (2017) 12 Journal of Intellectual Property Law & Practice