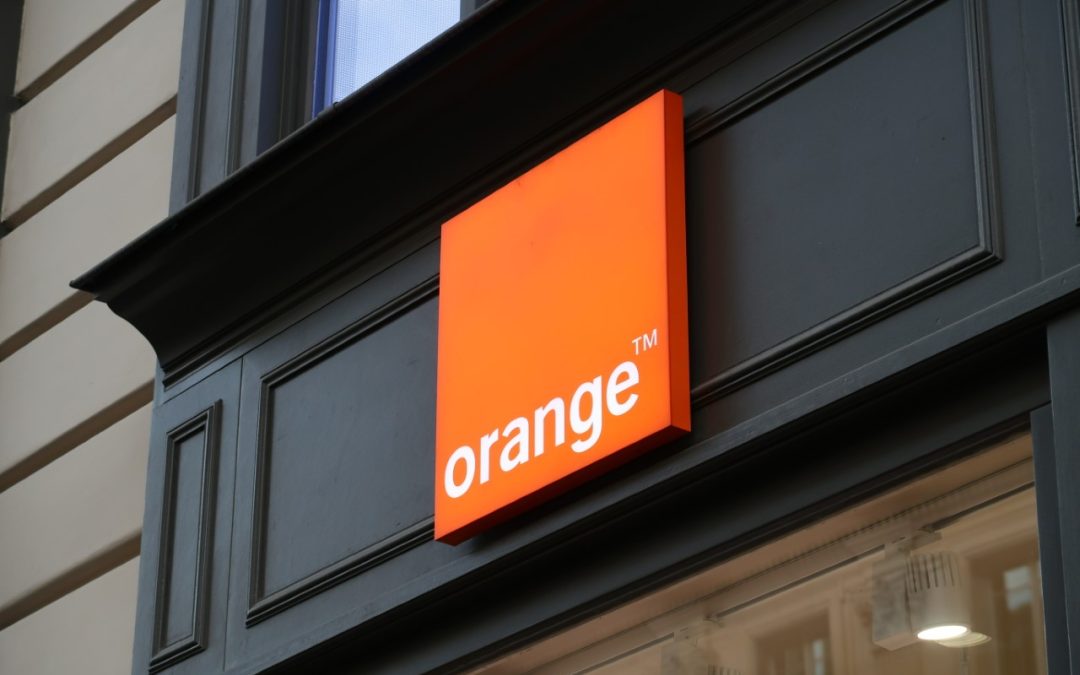 Resume: The significant effect on trade between member states is not only the result of effects that have already been observed. It can also be characterized on the basis of a set of indicators of which the ratio between overall sales and national sales is only one element.
Download this paper
To quote this paper: B. JOIRE, “Orange Caraïbe case: The appreciable effect on trade between Member states reframed by the highest French court”, Competition Forum – French Insights, 2022, n° 0027, https://competition-forum.com.

The origins of the case.

In a decision published on December 9, 2009, the French Competition Authority has ordered Orange Caraïbe and France Telecom to pay a fine of 63 million euros . The two French cell phone companies were found to have hindered the development of competition in the French overseas territories between 2000 and 2005, in particular through exclusivity and abusive tariff differentiation practices.

However, on September 23, 2010, the Paris Court of Appeal overturned the decision insofar as it applied European law rather than French law. Nevertheless, after discussing the case, the French judges considered that some of the anti-competitive practices identified by the French Authority were punishable only under French law . Consequently, financial penalties (soberly reduced by 2.5 million euros) were still imposed. The French Competition Authority did not give up and appealed to the Court of Cassation.

The decision rendered by the Court of Cassation on January 31, 2012 stops on two important points: on the one hand, it admits the possibility for the Chairman of the Competition Authority to file an appeal in cassation and to present observations before the Court of Appeal. On the other hand, it questions the interpretation made by the Paris Court of Appeal regarding the notion of appreciable effect on trade between Member States.

The contribution of the decision in the procedural area. – The first input of the 2012 “Orange Caraïbe” decision deals with an issue that had not been raised since a Paris Court of Appeals decision of April 9, 2002 , which is the scope of the observations that the French competition authority can make in front of the Paris Court of Appeals.
First and foremost, the mobile telephony companies claimed that the appeal in cassation filed by the Chairman of the ADLC should be declared out of order in the event that the Constitutional Council finds Article L.464-8, paragraph 4 of the French Commercial Code to be unconstitutional (“The Chairman of the Competition Authority may file an appeal in cassation against the decision of the Paris Court of Appeals having annulled or reversed a decision of the Authority”). In order to dismiss this argument, the Commercial Chamber of the Court of Cassation simply decided not to refer to the Constitutional Council the priority question of constitutionality which the defendant companies were requesting to be referred . As Professor Georges Decocq rightly points out, “this refusal can be explained in particular by the mission conferred by European law on the Competition Authority to ensure the full effectiveness of European rules” . With this choice, the Court of Cassation follows a decision of the Court of Justice of the European Union in which it opposed a national regulation that does not allow a national competition authority to participate in legal proceedings against the decision of which it is the author .

Then, this European jurisprudence led the Court of Cassation to partially reject the argument that the Competition Authority should be allowed to expand its arguments in relation to the motivation of its contested decision. Therefore, as provided for in Article L.464-18 of the French Commercial Code, the Competition Authority may expand on its arguments, as already indicated in the appeal judgment.

However, this ability is limited to submissions that do not contain any “new element of such a nature as to aggravate the guilt or conviction of the parties involved” . This limitation can probably be justified by two elements. Firstly, every legal decision is based on a set of elements (previous case law, inoperative defence elements) which are not necessarily all specified in its wording. Secondly, “the administration of competition law requires a legal translation of economic reasoning” which sometimes needs to be explained. It therefore seems appropriate to allow the Competition Authority to provide elements that are not included in the decision insofar as they are not of a nature to objectively prejudice the rights of the defence.

The key point of the case regarding the assessment of an appreciable effect on the market. – In this case, the interpretation of the concept of appreciable effect on trade between Member States by the Paris Court of Appeal had resulted in the non-application of European law. In the appeal judgment, the judges of the court of first instance had expressly referred to a communication of the European Commission of April 27, 2004 , which broke down the concept of effect on trade into three elements and the interpretation it gave to each of them. Despite this reference, the Court of Cassation overturned two of the interpretations given by the Court of Appeal and recalled the provisions of Regulation 1/2003 relating to the relationship between national laws and the provisions of the Treaty. The solution chosen by the French Court highlights five points.

1. In accordance with point 21 of the above-mentioned European notice, the Court of Appeal considered that the condition of the existence of an effect on trade “between Member States” implied that the practices had an impact on the cross-border economic activities of at least two Member States. In this case, however, it found that trade in the products or services that were the subject of the practices was purely local “because of the material constraints specific to the Antilles-Guyana area” and not between Member States. On this point, and perhaps because the appeal did not deal with this issue, the Court of Cassation remained silent.

2. Secondly, the Court of Appeal considered that the phrase “likely to affect” could not be based on a remote or hypothetical influence of the practice. Basing itself on the Commission’s guidelines, it therefore ruled that the condition was not met in this case, since the practice did not have the effect of ousting or threatening to oust a competitor from another Member State from the market in the Antilles-Guyana zone, or of making its entry into the market more difficult. In fact, the only non-French operator that came forward was Jamaican.

This interpretation of the concept of ” liable to affect ” has been challenged by the Court of Cassation in the light of point 23 of the guidelines on the concept of effect on trade. Thus, a practice is capable of affecting trade between Member States even though it does not have an actual effect on such trade between Member States. A distinction must be made between the potential effect of the practice and the actual effect. This analysis, according to which a reasonable presumption is sufficient to constitute an anti-competitive practice, has already emerged on several occasions in the case law of the Court of Justice .

3. Moreover, the Court of Appeal decided that the “appreciable” nature of the effect, in the case where only part of a Member State constituted the relevant geographic market, was assessed on the basis of the volume of sales concerned in relation to the national volume. For this reason, the judges of appeal concluded that the appreciable nature of the effect on trade was not established, since the turnover of the France Telecom group in the Caribbean represents 0.75% of the total national turnover. This analysis alerted the European Commission, which presented its observations as “amicus curiae” to the Court of Cassation.

At first sight, one might think that this ruling is an evolution of the case law of the Commercial Chamber dated March 1, 2011 concerning a cartel on the supply of jet fuel to Air France at the airport of Saint-Denis de la Réunion . On that occasion, the Court of Cassation held “that in the case of a cartel covering only part of a [Member State]”, the effect on trade between Member States had to be “assessed primarily with regard to the volume of sales affected by the practice in relation to the overall volume of sales of the products in question within that State”. Subsequently, doctrinal criticisms appeared regarding this decision which “leaves one perplexed, even worried” . In April 2011, Professor Laurence Idot advocated a “modernized reading of the criterion of the effect on trade between Member States”, more flexible and bringing the concept of local practice back to its proper proportions. At first glance, this ruling of January 31, 2012 seems to echo these criticisms. However, it should be remembered that the practices in the two cases were very different: a one-off, time-limited cartel on the one hand, and cumulative cartel practices and abuse of a dominant position aimed at freezing a market on the other. This probably justified a specific approach to the effect on trade between Member States.

4. The Court of Cassation added that the non-application of Articles 101 and 102 TFEU should not have led the Court of Appeal to annul the Competition Authority’s decision in its entirety. Indeed, the latter had based itself not only on European law but also on articles L.420-1 and L.420-2 of the French Commercial Code. The decision was therefore valid only under French law and could only be partially annulled.

5. Finally, this ruling highlights the difficulty of applying the concept of effect on trade between Member States in the case of overseas territories. It is true that when the practice is implemented on a regional market, the guidelines cited above provide specific assessment criteria depending on whether it is an agreement or an abuse of a dominant position. Despite these details, Georges Decocq’s pragmatism leads him to say that “common sense has difficulty in perceiving that a practice implemented thousands of kilometers away […] is likely to have an impact on trade between European member states. Would the possibility of a butterfly effect of the practices be sufficient to affect trade between European member states?” .

The “Orange Caraïbe” case’s outcome. – In a decision dated January 6, 2015, the Commercial Chamber of the Court of Cassation dismissed the appeal filed by Orange Caraïbe against the judgment of the Paris Court of Appeal of July 4, 2013, rendered on referral after cassation. It is therefore definitively established that Orange Caraïbe are responsible for anti-competitive practices in the Antilles-Guyana zone in the mobile telephony sector between 2000 and 2005. Following the referral from the Court of Cassation, the judges of the court of first instance had in fact validated the solution of the 2012 decision by considering that the applicants had sufficiently demonstrated, by means of a multi-criteria analysis, the appreciable nature of a potential effect on trade between Member States.