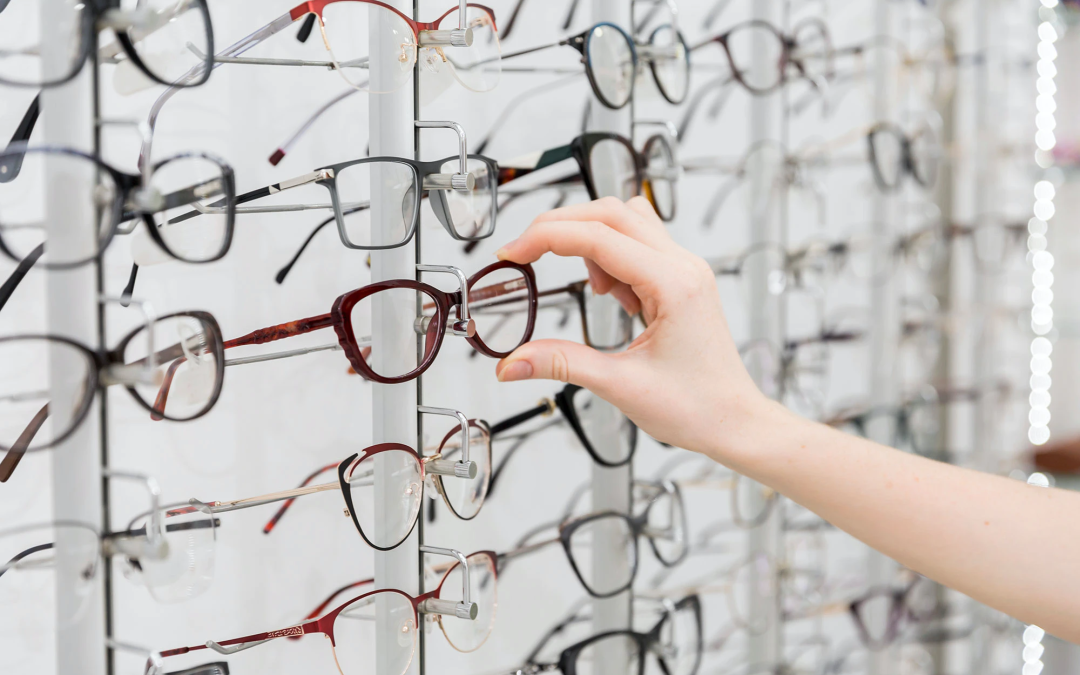 Resume: On July 22, 2021, after a long year of proceedings, the French Competition Authority heavily fined several companies involved in the sunglasses and eyewear sector, and in particular Luxottica, for restricting the pricing freedom of their official distributors, and for preventing these same distributors from selling their products online.

On June 24, 2009, the managing director for Competition, Consumer Matters and Fraud Control (DGCCRF) carried out inspections and seizures in various premises of companies operating in the optics and eyewear sector, and filed an investigation report in September 2010. Based on many collected documents and testimonies, two successive claims were filed on February 13, 2015 and March 28, 2019, reproaching these companies with three breaches relating to the implementation of a vertical cartel leading to a restriction of distributors’ pricing freedom which has, among other things, limited the free setting of prices through competition, and two breaches relating to the ban of online retail sales. There were thus five objections notified to 14 companies, which regrouped 29 companies. After referring to the entire file of the investigation thanks to a decision on February 24, 2017, the Competition Authority examined the case at a hearing on 13 January 2021. Before going into further details, it is necessary to offer explanations about the so-called sector in this case. The optics and eyewear sector includes a wide variety of products and many players. In terms of products, they include corrective lenses and frames (which are medical devices), but also sunglasses (which are not medical devices).

Regarding the different players, there are the brand owners, the eyewear manufacturers and the distributors who may also be involved in the manufacture of the products (i.e. companies that either make their own frames with their own brands, such as Luxottica, or those that delegate the manufacture of their products to others, like LVMH and Dior). They may also intervene in the product distribution (either because they have their own boutiques such as Chanel or TAG Heuer, or, for the majority of distributors, by entrusting distribution to licensed manufacturers who then distribute the products through independent distributors). In addition, it should be noted that for luxury products, the most used distribution method by companies is « selective distribution, which has the advantage of entrusting the distribution of products and services “only to distributors selected on the basis of defined criteria” in order to preserve the prestige and reputation of these brands. Finally, this sector may have undergone changes during the ongoing court case: some players may have carried out mergers or acquisitions. For example, in 2018, Essilor merged with Luxottica to create a new entity, EssilorLuxottica, which then merged with Grand Vision, or, with regard to certain online sales sites, Hans Anders, which acquired the Happyview site in 2020.

The companies concerned by the different claims are the following: Alain Afflelou, Krys, Logo, Gadol, Optical Center, Chanel, Dior, Grand Vision, Luxottica, LVMH, Maui Jim, Mikli, Safilo and Silouette. Despite the large number of companies involved, only three of them were ultimately fined either because the practices were prescribed, or because the claims were not clear or could not be proven. Concerning the Statute of limitations for certain practices, the French Authority noted that, in accordance with Article L. 462-7, paragraph 3 of the French Commercial Code (as it stood at the time of the events), if a period of ten years has elapsed since the cessation of the anti-competitive practice and the Competition Authority has not been able to rule on it, the Statute of limitations has run. In this case, all the practices that ceased on July 22, 2011 were in reality time-barred. Now, regarding the claim that was dropped against some companies for lack of clarity, it did not specify in this case whether the alleged cartel concerned the brand owners and their suppliers or their distributors. Finally, for some other companies, the proceedings were dropped because there was insufficient evidence to demonstrate their participation in the cartel.

I. Vertical agreements on retail prices

In this case, the Competition Authority recognised that the claim relating to the limitation of distributors’ pricing freedom was grounded and fined Luxottica, Logo and LVMH on this basis. Indeed, it appears from the documents collected by the DGCCRF and after hearing various distributors that these companies participated in a cartel on the pricing freedom of some distributors in the sector. It should be noted that LVMH and Logo did not dispute the claims.

Authority was able to ground its decision on the clauses contained in the licence and selective distribution agreements which provided for price controls and promotions, and also on “a body of serious, precise and concordant evidence, including both documentary and behavioural evidence” leading to the demonstration of an anti-competitive incitation on the part of Luxottica in particular, and on the acceptance of all distributors. To this end, Luxottica had issued “recommended” prices to the various distributors.

In addition, it also appeared that Luxottica encouraged its distributors to maintain a price level in line with the so-called recommended prices for the selling of its products, in particular through the drafting of selective distribution agreements. These were then interpreted by the distributors as prohibiting discounts and promotions and as restricting price advertising. As a result, distributors were not only restricted but also limited in their freedom of choice. But the anti-competitive actions of this player did not stop there, because Luxottica set up a system of monitoring retail prices, and encouraged distributors to come forward if they did not respect the application of recommended prices. Throughout the documents and testimonies collected, it has been noted that Luxottica went as far as punishing distributors that had acted against the recommended prices by delaying their deliveries for several weeks, or even withdrawing their authorisation, which was at that time necessary to be able to sell the products of certain brands. From the distributors’ side, it was clear that they interpreted their contracts as prohibiting them from pricing practices and, in particular, from excluding brands such as Prada and Ray-Ban from their promotional operations, asking them to apply recommended prices at the risk of being sanctioned by Luxottica.

Therefore, it seemed evident that Luxottica was involved in anti-competitive practices in this case which were serious enough in terms of their nature, but also in terms of their repercussions on final consumers, Luxottica’s monitoring and sanctioning mechanisms only confirm his position. The same applied to the agreements between Logo and LVMH designed to restrict the pricing freedom of retailers authorised to sell the TAG Heuer brand, and the agreement between Logo and all its distributors, where clauses contained in licence agreements and selective distribution agreements were also anti-competitive and prevented the free setting of sales prices through competition. Logo also intervened with distributors who did not comply with their hidden pricing guidelines.

These practices therefore caused significant damage to the economy by affecting intra-brand competition since they had to do with well-known brands of frames over a long period, and also because they involved a large number of distributors. Indeed, LVMH formed an anti-competitive agreement with Logo for fifteen years and five months, Logo with all its distributors for about nine years and finally Luxottica with all its distributors for nine years and four months. Consequently, the French Competition Authority sanctioned Luxottica for retail price fixing for an amount of EUR 124,477,000. However, the French Authority considered in its calculation of the fine the fact that LVMH and Logo had not contested the claims. It therefore imposed a fine of EUR 500,000 on LVMH and EUR 4,094,229 on Logo. Regarding Logo’s financial situation, it should be noted that the company had filed for bankruptcy and the Authority therefore reduced the fine to 0 euros.

II. Vertical agreements on the prohibition of online sales

With regard to vertical agreements concerning the prohibition of online sales, it should be noted that this type of prohibition, even when it is justified by security reasons, is penalised under French law because it constitutes a restriction to competition which is likely to create an illegal agreement penalised by Article L420-1 of the Commercial Code. In the present case, the notifications of claims of February 13, 2015 and March 28, 2019 both reproach several companies with having prohibited the online sales of sunglasses and spectacle frames to their approved retailers. However, the claim of February 13, 2015 was unclear and was quashed for all companies. The Authority sanctioned Chanel, Luxottica and LVMH for having inserted clauses in their licensing agreements (in particular the agreements concluded between Chanel and LVMH and those between LVMH and Logo) and in their selective distribution agreements (concluded in particular between Luxottica and its authorised distributors for certain brands), which constituted an anti-competitive restriction by object because they prohibited authorised retailers from selling their products online. More specifically, in the case of the cartel between LVMH and Logo, the companies were accused of prohibiting authorized TAG Heuer distributors from selling by correspondence, including Internet sales as all distributors were required to obtain prior written authorization from TAG Heuer before selling their products on the Internet. TAG Heuer had tried to justify this clause by the fact that this prohibition was in fact only aimed at pure players who did not meet their selectivity criteria. The same applied to the selective distribution contracts set up by Logo, where “any other form of distribution, promotion or particular sale is subject to the previous written approval of Logo”.

With regard to the practices alleged against Chanel and Luxottica, here too several licence agreements and standard contracts expressly mentioned the agreement of the parties that the products in question could not be sold over the Internet. In particular, this prohibition was provided for Luxottica with regard to certain authorised distributors. Whether it was the cartels between LVMH and Logo, or those between Chanel and Luxottica, the companies had tried to justify their practices on the basis on economic and technical grounds, and those relating to the health and comfort of consumers.

However, the Authority rejected these arguments because in this case the prohibitions were general and absolute, rather than justified and proportionate to a legitimate interest, and therefore could not be exempted. In this case, the French Authority noted that these practices had the consequence of closing a distribution channel at the expense of consumers and distributors, which therefore limited the competition.

However, the French Authority had a conciliatory interpretation of the serious nature of the practice. Indeed, there was uncertainty in the case law as to the lawfulness of a ban on online sales, but also because there was little consumer demand for this sales channel. Thus, the Authority recognised that the impact of the damage on the economy was limited. The Competition Authority therefore fined Luxottica EUR 697,000, Chanel EUR 130,000 and LVMH EUR 500,000 for this charge.