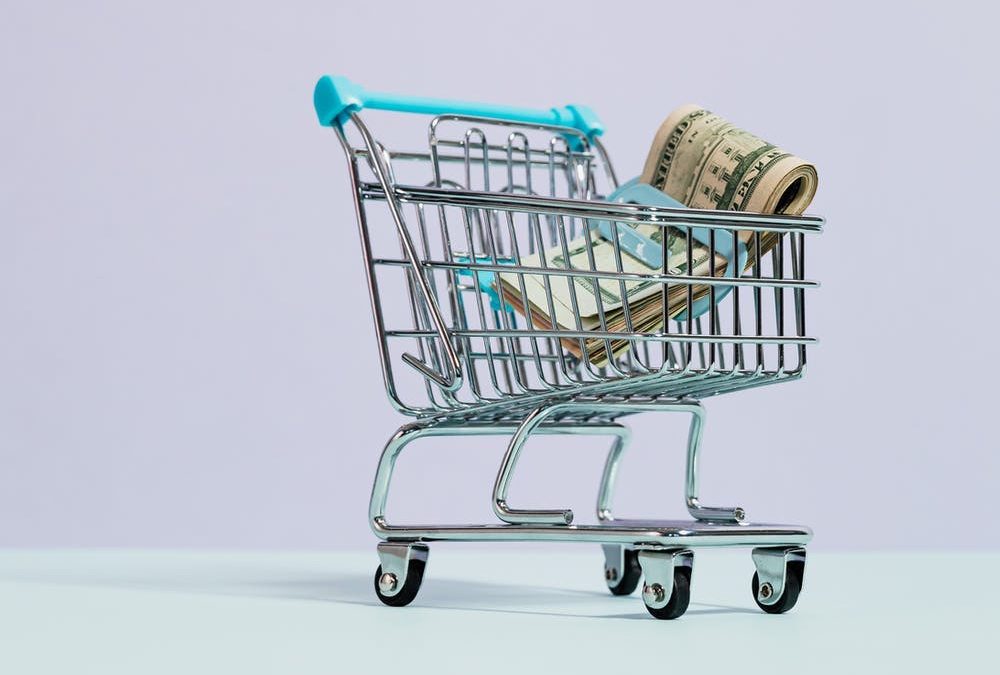 Summary: On February 22th this year, Carrefour was fined €1.75 million by the Paris Commercial Court for restrictive competition practicesafter 5 years of proceedings.We will come back to a case which is the first legal illustration of the new will of the French General Directorate for Competition, Consumption and Fraud Control to control commercial negotiations more strictly.

I. Presentation of the case.

1 – The law on restrictive competition practices in France.

The law on restrictive competition practices arose from a particular economic context. In its drafting, the legislator has taken into account the features of the –mass distributionsectorin France and specifically mass food distribution. This sector is now mainly shared by six historical brands in France. They deal withnumerous professional contractors, suppliers, vendors, who turn to them in order to reach consumers. This is an indispensable cooperation for many French economic operators. This cooperationoccursin a closed market, whichcreates an imbalance of economic power, from which legal imbalances arise.

Initially, after the Second World War, French law wanted to allow flexibility for this large-scale distribution in order to stimulate the economy. But it quickly appearedthat this could pose a real problem for small businesses. Certain laws emerged with the aim of protecting these threatened local shops. This was without counting on a rapid adaptation on the part of these six players in the retail sector. The law on restrictive competition practices therefore provides protection for the weakest party in their relationship with large-scale distribution.

2 – The factual context and the beginning of the investigation against Carrefour.

Economic tensions have reflected in commercial relationsfor some time., especially with the various economic crises that the world has faced.The General Directorate for Competition, Consumption and Fraud Control (DGCCRF) has sought to strengthen its control action. This institution wants to exercise extreme vigilance over the annual commercial negotiations. This is why theDGCCRF announcedin a press release dated 12 February 2016 that “The investigation services also carried out a search on the premises of a large retailer on Tuesday 9 February 2016. Several suppliers accused this retailer of imposing a significant non-negotiable discount as a prerequisite for negotiation in 2016. If proven, this practice, which is contrary to the law, could be the subject of legal action by the Minister for the Economy. Indeed, the fact that a retailer imposes an unavoidable obligation on its suppliers at the start of commercial negotiations constitutes an abusive practice”[1].

In 2015, Carrefour, one of the largest French food retail companies, found itself impacted interms of market share by the integration of the “Dia” group into its market share[2]. This acquisition allowed the company to obtain points of sale known as neighbourhood outlets. This was part of the company’s desire to change its sales model in order to reposition itself on the local distribution market. To this end, Carrefour demanded the payment of an additional distribution discount, intended to finance the additional logistical services linked to local distribution[3].

3 – The summons by the Ministry of the Economy.

On 9 November 2016, less than 10 months after the start of the investigation, the Minister for the Economy, Michel SAPIN, Martine PINVILLE, Secretary of State for Trade and Crafts, and Christophe SIRUGUE, Secretary of State for Industry, announced in a press release that Carrefour would be summoned to appear before the Commercial Court on 8 November 2016. Thesummons were based on abusive commercial practices infringingthe French Commercial Code. In thesummons, the Ministry askedthe Commercial Court to impose a civil fine and to order Carrefour to put an end to its illegal practices. In this press releaseandfollowing the DGCCRF investigation, the Ministry blames “Carrefour for having demanded from its suppliers, without any compensation, an additional distribution discount of a significant amount, the payment of this discount being a prerequisite to the opening of annual commercial negotiations. These practices, which are contrary to the law, are likely to destabilise the economic equilibrium of the sector, to weaken industrial companies and agricultural producers, with possible consequences on employment or, in the long term, the diversityyof the
offer”[4]. Thesummons arebased on two articles:(i)L.442-6, I, 1° (former) of the Commercial Code, which prohibits advantagesgrantedwithout consideration in contractual relations within commercial relationsand (ii)L.442-6, I, 2° of the Commercial Code, which prohibits significant imbalance in contractual relations.

4 – In its decision, the Paris Commercial Court fully endorses the arguments put forward by the Ministry of the Economy[5].

In its decision of 22 February 2021, No. RG 2016071676, the Paris Commercial Court, fined Carrefour 1.75 million eurosfor restrictive practices of competition towards its suppliers[6].

The Commercial Court observes the reasoningestablished by the Ministry of the Economy. Itindeed held“that the practice of obtaining from suppliers a non- negotiable discount, presented as a prerequisite for commercial negotiation, without allowing suppliers to verify the basis and justification for it in terms of logistical costs, and by refusing to grant compensation for the RCD, even though the retailer was imposing on some of its suppliers a significant cost that was higher than the logistical costs already covered by the distribution discounts (RDD), constitutes a submission or an attempt to submit to a significant imbalance in the rights and obligations of the parties to the benefit of the CARREFOUR chain and to the detriment of its suppliers, and contravenes the provisions of the former Article L 442- 6, I, 2° of the French Commercial Code.”In this case, the court noted two things: firstly, that there was no consideration, but also that it was a submission to a significant imbalance.In other wordsCarrefour was trying to use its dominant position within the negotiations to gain a major economic advantage despite potential economic risks for their supplier.

The Court of First Instance noted that Carrefour had forced its suppliers to accept this discount by means of retaliatory measures alon withgraduated scale of sanctions including, in particular, the prohibition of access to the supplier’s shops by the sales force, the stopping of the launch of innovations, or even delisting– all constituting threats hanging over suppliers who dareedto refuse this type of discount.
Regardingthe significant imbalance, the courtconsidered adouble basis for theimbalance which concerns both the discount itself and the conditions of its application to the company’s suppliers. Carrefour claimedthat the imbalance was of a global tariff nature, which was refuted by the Court.

The Court also noted thatalthough the burden of proof rests with the party claiming a violation of a rule of lawit was up to the defendant to demonstrate that the compensatory measures granted allowed for a rebalancing and prevented the significant imbalance. The Court determined that the information provided by Carrefour did not allow the suppliers to verify the basis of the additional distribution discount and its justification with regard to logistics costs. At the same time, Carrefour imposed a significant cost on its suppliers that was higher than the logistical costsalready covered by the distribution discounts.

The Paris Commercial Court ruled thatwithin the meaning of the former Article L.442-6,I,2° of the Commercial Code[7],the discounts imposed by Carrefour on its suppliersconstituted an imbalance in the rights and obligations of the parties in favour of Carrefour.

Two elementsallow thecompany to get off lightly. Firstly, the operations carried out by the DGCCRF, involving visits and seizures, prevented Carrefour from recovering the entire amount expected from this discount. As a consequence,the practice was not totally successful and did not allow Carrefour to recover the sums hoped for. But secondly, what saves Carrefour is the temporal context of this case. Interestingly,  it takes place in the same year as a major advance in the law of restrictive competition practices. Indeed, the law n°2016-1691 of 9 December 2016, known as the “Sapin 2” law, cameinto force on 1 June 2017. As the facts occurred before the promulgation of this law, thecompany avoidedthis new regulation which increased the ceiling of fines incurred in this context[9].

6 – Carrefour is not a unique case.

As we have seen above, the DGCCRF is increasingly attentive to the commercial negotiations that determine the prices of products sold in supermarkets each year. Faced with this intensification of controls, we are observing more and more practices in the context of these commercial negotiations being sanctioned. In February 2020, Carrefour, Système U and Intermarché were fined a total of €4 million for “non- compliance with the rules” during the 2019 trade negotiations[10]. But the most striking case is that of Intermarché, which is still in progress. In a press release dated 19 February 2021, the Ministry of the Economy announced that Intermarché had been summoned for abusive commercial practices[11]. These abusive practices, identified by the DGCCRF, are said to be

carried out through central purchasing agencies. In particular, the company is accused of having

forced 93 industrialists to pay high prices for services of little value. In its press release, ministry of. Economy asked “the Commercial Court to impose a penalty of 150.75 million euros, commensurate with

the seriousness of the practices denounced and corresponding to 1% of the turnover achieved by Intermarché in France“. If the decision is in line with the Ministry’s demands, many consider that this case law could have a snowball effect in the field of abusive commercial practices[12].

This judgement comes in the context of tense trade negotiations. These tensions have been exacerbated by the economic crisisand cannot be improved given the health crisis. The law on restrictive competition practices is a meanof defending local shops, producers and suppliers against the power of giant food retailers. But another element must be added to the balance, namely the hyper expansion of digital technology, which tends to compete virulently with the large retailers. The major retailers are therefore trying to struggle as best they can against the American giants, who generally do not worry about the fate of the law, as Amazon will do in 2020. This logical resistance from the large-scale distribution sector can indeed impact all the players around them in a negative way. It is therefore difficult to strike a balance in the defence of one side or the other.

[1]DGCCRF, Press release, “The DGCCRF reinforces its control action in a context of tension in commercial relations“, Paris, 12 February 2016.