Exposure of Google’s business secrecy in a French Competition Authority’s decision: who has jurisdiction? 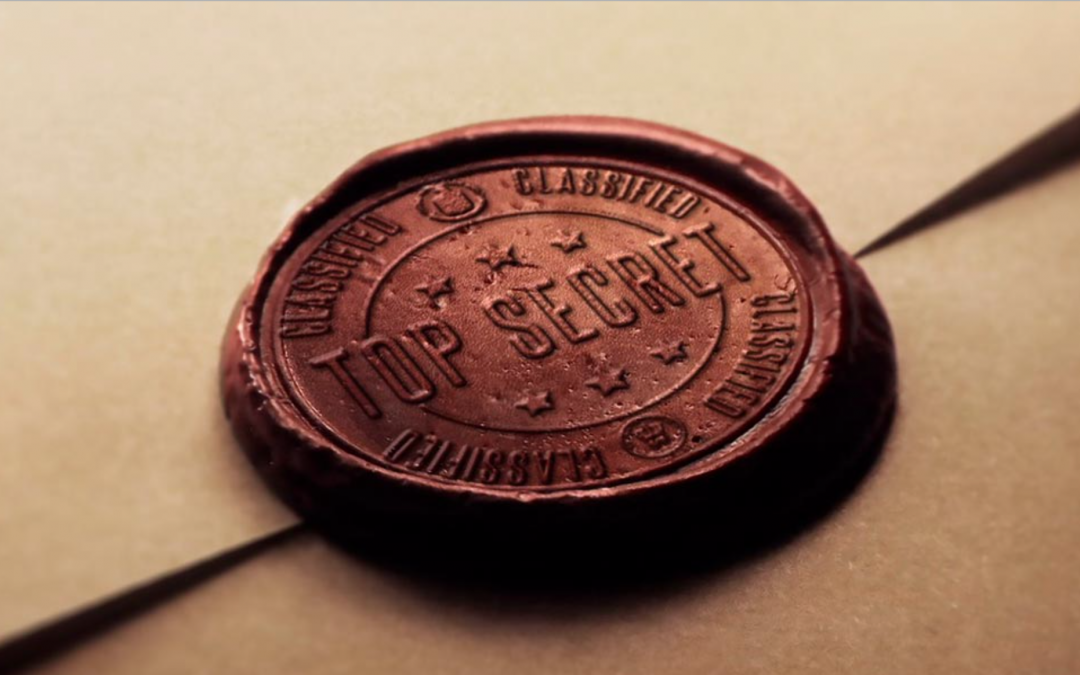 Summary: A decision of the Tribunal des conflits involving Google gathers the business secrecy litigation in antitrust procedures under the jurisdiction of the sole judiciary order. The case creates an occasion to present the way the French Competition Authorityassesses the necessity for interim measures.

Competition law specialists are probably accustomed to France’s highest courts, but still, they might not be familiar with the Tribunal des conflits(TC) yet. It monthly sits with a composition of magistrates coming from both the Conseil d’État and the Cour de cassation. The former is the head Court of the administrative order. It has thus jurisdiction over cases which involve public entities or private undertakings performing a public service. The latter is the supreme court of the judiciary order. As such, it can only state on the meaning which must be given to the statutes invoked in a dispute between individuals. The purpose of the TC is to avoid a denial of justice that could arise from the duality of our courts[1] ; i.e. in a situation where the reasonings of the judiciary and the administrative benches lead to different conclusions as regards their respective jurisdictions.

In January 2019, following a complaint filed against Google by a company operating on the telephone enquiry service sector, the French Competition Authority (FCA)[2] satisfied part of the complainant’s request for interim measures (such as the clarification by Google of its advertising terms and conditions). This was consistent with the FCA’s past approach[3].

Although the litigation started because of the suspension of the complainant’s Google Ads account, what really is at stake in the TC’s decision relates to a procedural issue. It has to do with the fact that the rapporteur considered some of the elements of the case to come under business secrecy[4]. Undeterred by this circumstance, the FCA disclosed this information when publishing the decision on its website.

However, this case is also an opportunity to talk about the application of French Law. That is why this article first aims at presenting the assessment by the FCA of the need for interim measures (I). A second part will be dedicated to the procedural features of the case, that is to say the solution found by the TC (II).

The possibility of a private request is granted by article L. 464-1 of the French Code of Commercial Law: “The FCA may, at the request of, […] or of the companies, after having heard the parties to the case […], take the interim measures that are asked for or that it deems necessary. These measures may be taken only if thereported practice seriously and immediately affects the Economy as a whole, or that of the concerned industry, the consumers’ interests orthe complainant. […]”

Three cumulative criteria are apparent in L. 464-1: the “seriousness of the infringement, its immediacy and the existence of a causal link between the reported facts and the infringement”[5].

The two first criteria are assessed together and can be met in “cases where one or more companies could be excluded from the market, disappear before the end of the proceedings on the merits or see their chances of development seriously compromised”[6]. The FCA adds that Interim measures may also be justified in cases “where the company in question suffers a massive drop in its turnover, a circumstance which significantly affects its business”.

According to the FCA’s past decisions[7], interim measures may be imposed in “cases where one or more companies could be excluded from the market, disappear before the end of the proceedings on the merits or see their chances of development seriously compromised”.
Concerning the causal link, it is a matter of temporality and concentration of economic activity. Here the 90% drop of the complainant’s turnover over an 8 months period following the suspension of its Google ads accounts, and its profit margin going from 1M3 positive to nearly 400K negative convinced the NCA to qualify this situation as a forced exit of the market.

Finally, the necessity of the measures is assessed in consideration of the “potentially anticompetitive nature of the reported practices and the serious and immediate harm they cause”[8]. They are basically left to the FCA’s appreciation but subject to a review by the Paris Court of Appeal.

These interim measures may be decided “as soon as the facts that have been reported, and referred to by the investigation in the proceedings on the merits, appear likely, in the light of the evidence produced during the debates, to constitute a practice contrary to Articles L. 420-1 or L. 420-2of the French Code of Commercial Law”[9], the two articles being the national law versions of articles 101§1 and 102 TFEU.

In our case, the FCA first appreciated this likeliness by contemplating a possibleabuse of economic dependence,in which a customer company or supplier can find itself vis à vis such company under French Law[10]. Qualifying such an abuse requires the FCA to take into account the prominence of the supplier in four different dimensions[11]. The existence of an equivalent solution for the supplier or the fact that he “has chosen this dependence by adopting a commercial strategy at his own risk and peril” would exclude this kind of abuse.[12]

The FCA then examined the potential anticompetitive nature of the implementationof Google Ads rules. It could be so by way of discriminationand/or lack of objectivity and transparency. Indeed, a past decision balancing Google’s “freedom to define its AdWords content policy” made clear that Google’s dominant position created an “obligation to implement that policy under objective, transparent and non-discriminatory conditions”[13]. Discrimination was plausible: among other elements, in an internal exchange a Google employee expressed his surprise that the complainant’s competitors accounts were not also being suspended. As for the objective and transparent nature of the Google Ads Rules implementation, Google’s client had been an exemplary business partner, so much so that he had been part of Google Growth Accelerator and Mid-Market Sales programs and that the account was closely supervised. The FCA assumed that a violation of the Google Ads Rules ought to have been noticed earlier in true objectivity and transparency.

From a substantive point of view, the case must be read alongside the Gibmedia decision[14] where the FCA found Google guilty of abusing a dominant position and  charged a 150 M€ fine .

The decision states on the merits of both cases and similarly insists on “the objective, transparent and non-discriminatory application of the Google Ads rules”.

Reading an author[15]  who drew an interesting parallel between the interim measures imposed by the FCA and proposition of Regulation (EU) 2019/1150 of June 2019 on promoting fairnessand transparencyfor business users of online intermediation services, one cannot help but notice that there is also a similarity with the most recent works of the Commission.

Fortunately, article 464-7 of the Commercial Code steers the target of those interim measures towards the appropriate court before which he shall seek the overruling or the reversal of these measures, this would be the Paris Court of Appeal.

Although the FCA had not yet stated on the merits of the case, founded on an alleged abuse of dominant position and a situation of economic dependence[16], its decision did trigger an appeal by the Californian giant. In particular, Google[17] asked for a new publication of the challenged decision that would be more respectful of business secrecy[18].

But the Paris Court of Appeal found that the claim aiming at compelling the FCA to publish a new decision, this time not disclosing business secrets, was not of its jurisdiction. The scope of article  L 464-7, it reasoned, only encompasses the recourse for a reversal or the overruling of part or all of the FCA’s decision. Therefore not covering the injunction made to an autonomous and independent public authority. An injunction which would be the aftermath of the court’s recognition of the failing by said authority to implement a protection previously granted by its rapporteur[19]. And so Google went before the Conseil d’État.

The administrative jurisdiction, in turn, declared its incompetence in the matter. The Conseil d’État starts by quoting the definition of business secrecy contained in article L. 151-1 of the French Code of Commercial Law and the article delineating the competence of the rapporteur when assessing the potential protection of this information.[20]

It then reminds what is merely an opportunity for the FCA to limit the publicity of its decision, “taking into account the legitimate interest of the parties related to the divulgation of their business secrecy”[21]. The article pertaining to the limits of the decision’s publication being D. 464-8-1.This power of appreciation given to the authority entailed the Conseil d’État to lead a binary reasoning.

First, by publishing a decision in which interim measures are pronounced and where information may possibly be covered by business secrecy the NCA takes a distinct decision than the one consisting of interim measures. But, while on the one hand the limitation of the publication is related to the protection of business secrecy[22], on the other hand these modalities of publication are decided with regard to the public interest bound to the publication of the decision, especially its motivation. The decision of publishing such information can then be seen as “non-detachable” from the one taking interim measures, which activates the jurisdiction of the judicial judge. Here, parties could find themselves trapped in a loop between two closed doors.

Hence the intervention of our special jurisdictionand its decision. In line with the Conseil d’État, the Tribunal des conflits found that the decision taken on the ground of D. 464-8-1 to limit or not the publication of a decision founded on article L. 464-1, i.e. a decision containing interim measures, was inseparable of this very decision. When a party wishes to contest such a NCA’s decision because of a violation of its business secrecy, it will have to do so before the Paris Court of Appeal.

The outcome is for the best. With conflicts of this nature the ideal option usually is to aggregate the litigation under a singular jurisdiction[23]. And disputes connected to business secrecy in antitrust procedures are already within the hands of the judicial order[24]. As for the question of whether the contradiction between the rapporteur’s endeavour to protect business secrecy and the publication of this information by the NCA should compel the FCA to shelter it through a new decision, it is still pending. The Paris Court of Appeal should answer it shortly.

[2]Autorité de la concurrence Decision 19-MC-01 of 31 January 2019 on the request by Amadeus for interim measures (hereinafter Amadeus/Google) p. 35 in its English version.

[4]The claim concerns internal exchanges between Google and its employee in charge of the account, as well as the amount advertisers have to spend to enter a personalized support program “Google Digital Growth”. CA Paris, n° 19/03274 of 4 April 2019, para 93.

[10]A French peculiarity allowed by the leverage left to the member states in matters of abuse of a dominant position (article 3(2) of Regulation 1/2003).

[14] Autorité de la concurrence, Décision 20-D-14 of 26 October 2020. Article L. 462-8 al. 3 provides that the Competition Authority “may also reject the referral by the same means if it is informed that the national competition authority of another European Community member state or the European Commission has dealt with the same facts under the provisions laid down in Articles 81 and 82 of the Founding Treaty of the European Community”. Hence did the Court send the complainant back to Decision 19-D-26 Gibmedia of December 2019.