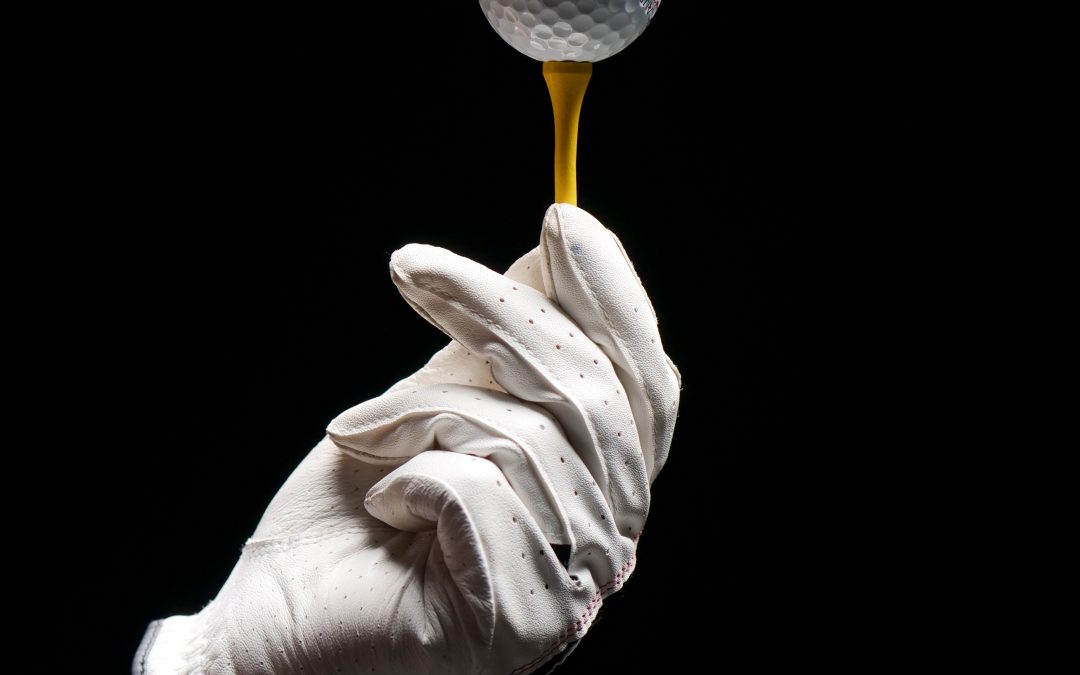 Resume: On May 19th 2022, the “Duval group” notified the competition authority its plan to acquire the Blue Green group. Duval and Blue Green are two operators specialised in the operation of golf courses and online course reservation platforms. The authority authorised the merger without reservation, following a careful competitive analysis setting out the legal framework for these new markets.

On May 19 th, 2022 the company “Groupe Duval” notified a project to acquire the group “Blue Green European Holdings”, and on February 3, 2022 the project was formalized by a transfer agreement.
The buyer “Groupe Duval” is active in the management and operation of golf courses. Exclusively owning its holding company “des Consorts Duval” through its subsidiary “Ugolf”, it operates 49 golf courses in France. But also a golf course booking platform “Leclub-Golf”.
The target company “Blue Green European holding”, is a main holding company, exclusively controlled by “Saur”, a simplified joint-stock company with a single shareholder. It owns 46 golf courses in France. But also an online golf booking platform “Bookandgolf”.

The total worldwide turnover of the two operators together exceeds 150 million euros for the financial year ended December 31 th, 2021. Each of the parties having a turnover in France of more than 50 million euros.
Article L430-3 states that the Competition Authority has jurisdiction to judge the merger “a priori”. The controllability threshold is reached. It is then the honorary task of the French Authority to decide if this operation hinders free competition.
On June 24th 2022 The French Competition Authority ruling on the unconditional authorization of the transaction on the grounds that the transaction is not likely to harm competition horizontal effects on the market for the operation of online booking platforms for golf courses.
The ruling is part of a context of development of new dispute in the golf sector, namely the operation of golf courses and booking platform. For the first time, French competition Authority specify framework golf market.

How does the authority employ this new merger case to indicate the legal framework of the market for courses and reservation platforms for golf sites?

In the first place, beginning the reflection with (I) The evaluation of the competitive risk of the operation by analyzing the golf course market. In the second place the interest will then focus on (II) A new analysis of the golf sector: the distinction between two distinct markets. To conclude by (III) The Merger Gap as a threat to the golf industry unconditional clearance

I. The evaluation of the competitive risk of the operation by analyzing the golf course market

Relevant market delineation is crucial for assessing market risk. Particularly in the case of a specific market such as the operation of golf courses by this process.
The authority confers the marketplace of the parties on the competition situation. And use its own criterias of the Competition Authority’s guideline, the delimitation of the product as well as the geographical delimitation to evaluate merger’s consequences . Indeed, depending on the size of the market, the operator will be considered or not as a threat to competition. And the merger may be refused.
The relevant market is golf courses. The French territory has 740 structures that generate more than 750 million euros, from “practices and short golf courses”.
This sector has 800,000 practitioners, 430,000 of whom are FFG ² members. The organization of this sport revolves around three different operators. Namely independent commercial companies or part of a group representing respectively 50% and 16% of market share ; sports associations up to 26% and local authorities around 8%. The possession of 49 and 46 golf courses confirms the domination of the market by the buyer and the target. Comparatively to other companies in the same sector, the Open Golf Club companies owning 9 golf courses, Gaïa owning 4 golf courses, and 2 and 4 courses for others operating the same multi-site. Before the merger operation, it evidence to  see the kind of Duval and Blue green duopoly golf’s sector .
The challenge is to avoid market blockage by operators who were already dominant before the merger. Also, the end consumer could also be seriously penalizing final consumer. This merger eliminating an alternative to practice golf. This first analysis revealed fews of real’s concurrent operators of the market in terms of real competition for the notifying parties. Wich raised concerns a potential monopolization of the market by the new entity.
The Authority has chosen to analyze the psychology of the user in order to know if the 9 and 18 holes courses are substitutable to accordance to the criteria of the Competition Authority’s guidelines.

Regarding our case, it is clear from the test nine-hole course is not substitutables with a eighty-hole course according to the golf consumer. It’s clear that the practice of golf is clearly differentiated., while occasional or beginners’ golfers prefer 18-hole courses, experienced golfers prefer 9-hole golf courses.

The difference in tariffs practiced by the two notifying parties also constitutes proof in this sense. The average difference of 20 euros corresponds to the objective of the practice. The average price of the entry fee for a 9-hole golf course is 40 euros compared to 62 euros for an 18-hole golf course. Confirmed golfers naturally prefer to pay a higher price to benefit from a structure allowing them to improve, unlike beginners or occasional golfers who will find it more reasonable to put a lower price.
Thus the influence of the different destination of the 8 and 19 hole courses and in addition the number of holes offered for each explains the non-substitutability of these types of courses. For the sake of a better completeness of the analysis, a distinction will be made between the use of 9-hole courses and 18-hole courses.

The authority concentrates its analyze on open’s golf’s and does not admit either so-called “tourist” golf courses, they are not defined as official label.
The geographical market makes it possible to establish the geographical area in which the operators will meet the conditions of homogeneous competition the operators must meet the mm uniform conditions of competition to be on the same market. Therefore, the choice to analyze golf courses locally seems quite logical. The statistics of the FFG supported by the respondents to the test agreeing on an average journey time of 45 minutes. This duration constitutes a parameter of homogeneity.
For practical reasons, the place of practice is at a reasonable distance from the place of residence. The authority adopts a logical behavior to focus by its analysis within a radius of 45 minutes.

II. A new analysis of the golf sector: the distinction between two distinct markets

As previously announced, the product scoping stage is crucial: especially for the digital sector. ³ An actuality illustration of relevant scoping stage with TF1-M6 merger project The merger of the two major French television network would have ensured 35% of the TV market audience and 70% of advertising revenue. The new entity will have a surely monopolization of the market The concessions required by the French Competition Authority forced Bouygues Group to withdraw its merger plan.

The relevant market is about online golf reservations. A platform serving as an interface between operators and golf players who are separate customers of this platform. Operators use it as a showcase for advertising their services and golf players can book. An online comparison service allows consumers to find the golf course suited to their needs.
The parties notifying the operators of golf courses are also operators of online platform reservations, we have the illustration of “leClubGolf” certain courses which are also available there. Unlike some companies are only operators of platforms like “MyGreenFee”, “Chronogolf”, or “Grip-Resa”, the authority has shabbily qualified this new product market. A particularly important issue for the digital market. This qualification marks the development of a new dispute and could serve as a basis for future decisions. It should be remembered that digital markets are difficult to determine. For this the modification commission notice on the definition of relevant market for the purposes of Community competition law (97/C 372/03), taking account of developments on the digital market is eagerly awaited.
Concerning the geographic market, the analysis is exclusively carried out on the national territory. The Authority chooses
not to make a clear statement on the geographical delimitation of the market for online booking platforms.
And this in accordance with the anterior Commission decision.

–This is the way to avoid the lock of the geographical qualification. So it can be redefined by the new commission latter, which we hope will establish a market adapted to digital markets.
In addition, the Authority maintains that a strict qualification according to the last geographic market has no impact on the competitive analysis.
Regarding this time the operation of golf courses is a “local dimension” once again recognized. A distinction was awarded between the 9 and 18 hole golf courses open to all golfers.
The local qualification of the market seems wise because the operation first of all has an impact on the national level. The national competence for the control of the merger project is further proof of this. This appreciation was established to in Commission decision.

III. The merger gap as a threat to the golf industry unconditional clearance

Following the merger, the new entity will operate 95 golf courses in France. Their market share will then be less than 20% on a national scale. There are 15 same distances areas in which there is an overlap between the parties’ activities. These areas correspond to a 45-minute drive around the target’s golf courses. However, these areas are subject to ‘competitive pressure’. The investigation shows that competition will be preserved in 11 overlapping areas. The integration of golf courses brings the merged entity’s share below 50%.

As regards the overlap, the Authority focused on four problematic areas. After the transaction, the new group will have 55% of the market share.
This high level of market share is offset by real competition. Alain RONZANO talk about “competitive context”, which guarantees the efficiency of the market. Authority focusses her analyse in fours attractive golfs courses to evaluate entity influence.
The administrative management of the golfs courses and other qualitive alternative to final consumer enable to maintain an efficient concurrence This “competitive context” is strong to block monopolization of the entity
It is found that this competitive environment lowers the share by between 10 and 20% in problematics zones in French territory.
In conclusion, this “competitive pressure” in the overlap areas removes the concern that the entity could behave in a way that would impede the French market. Thus, the possibility of horizontal effects on the golf course operation market is ruled out by the Authority for the following reasons.
From the point of view of horizontal effects. The analysis highlights the dominance of the parties’ online booking platforms. Namely “LeClub-Golf” for Ugolf and “BookandGofl” for Blue Green. In addition, online golf course bookings account for 80-90% of the parties’ turnover.
However, following the transaction, the combined market share is 25% in the market for the operation of online golf course booking platforms on a national scale.  A percentage that could significantly change the competitive environment. Post-transaction vigilance will be necessary.

Finally, with regard to vertical effects, the risk of reinforcing two operators was analysed. Framing the market through the positioning of both the golf courses and the reservation mechanism “upstream and downstream” of the market may lead to a monopoly of the operator. In order to guarantee the integrity of the French market, the new operator could offer the reservation of competitor courses. Thus, the percentage above 25% in some areas would be considerably neutralised and would benefit competition. This suggestion of the authority is way to reduce entity influence on the market. On condition that they are followed by the entity under penalty of future sanctions.

As a result, the Authority, following a careful analysis, authorises the merger without reservation and the competitive analysis reveals that the merger does not constitute an obstacle to competition. However, this finding should be treated with caution. The future behaviour of the new company may require further measures at a later stage. It seems that TFI-M6 merger this merger constitutes a market’s threat.[i]