Denial of access to an essential facility: the French Competition Authority dismisses the complaint of the Association of Alternative Operators (AOTA) against the practices implemented by Orange in the electronic communications sector 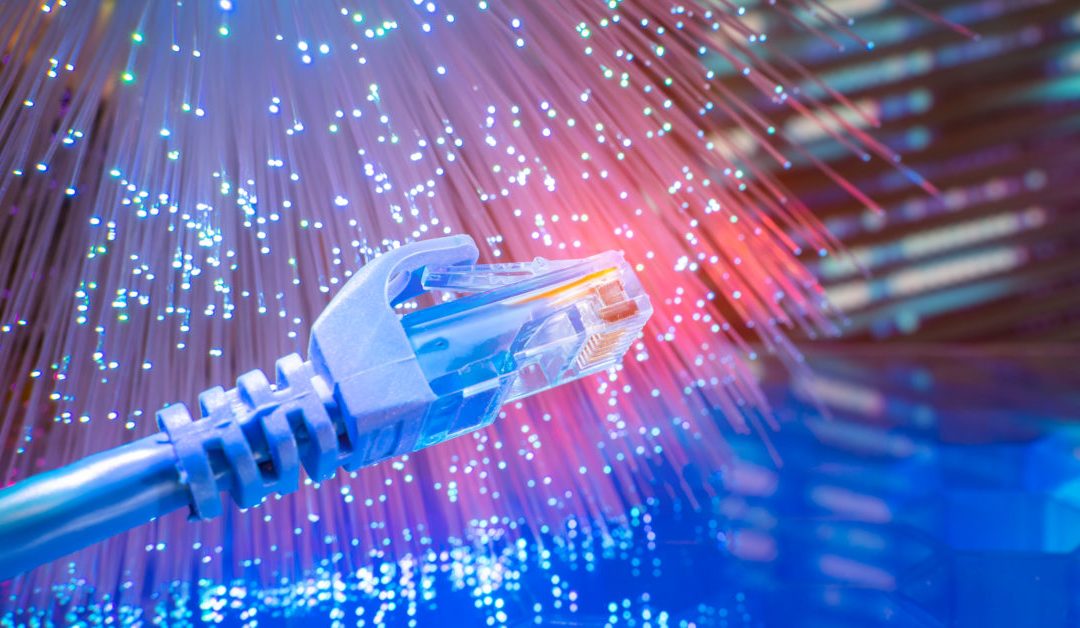 Summary: In decision 20-D-02 from January 23, 2020, the French Competition Authority (FCA) dismisses the referral on the merits of the case by the Association des Opérateurs Télécoms Alternatifs (AOTA) for lack of evidence and, therefore, the request for protective measures ancillary to the referral. The AOTA requested the condemnation of Orange for having abused its dominant position by refusing its members the implementation of an activated access to its fiber optic network (Fiber to the Home or “FttH” network) at the national level.

To quote this paper: C. Kuzangamana, “Denial of access to an essential facility: the FCA dismisses the complaint of the AOTA against the practices implemented by Orange in the electronic communications sector”, Competition Forum – French Insights, 2021, n° 0007, https://competition-forum.com.

Pursuant to Article L. 462-8 of the French Commercial Code, the French Competition Authority (hereinafter the “FCA”), in its decision of 23 January 2020[1], rejected the referral on the merits of the case by the Association des Opérateurs Télécoms Alternatifs(AOTA) for lack of evidence and, consequently, the request for protective measures ancillary to the referral, AOTA’s referral to the FCA, through which the AOTA asked the FCA to condemn the company Orange for abusing its dominant position by refusing its members the implementation of an activated access to its fibre optic network (Fiber to the Home or “FttH” network) at the national level[2].

Article L. 462-8 of the French Commercial Code provides that the ACF may, “by reasoned decision”, reject a referral when it considers that “the facts relied on are not supported by sufficiently convincing evidence”.

The AOTA is an association that represents the interest of more than 40 alternative telecom operators with a regional dimension, and whose cumulative and rapidly growing turnover exceeds €200 million. Its members own their own core networks, have interconnections with at least two infrastructure operators (Orange, SFR, Covage, Axione, etc.) and, in some cases, own a dedicated optical local loop (BLOD) for the business market or a shared optical local loop (BLOM) activated on a local scale. On its part, Orange, which owns the FttH infrastructure, was created by the merger on 30 June 2013 of France Telecom, Orange Holding and Orange France. Following this transaction, Orange became a société anonyme(public limited company) 71.64% owned by institutional and individual shareholders, 22.95% by the French State and BPI France and 5.39% by employees (figures as at 31 December 2017). Orange is France’s leading operator in the electronic communications market, active on the wholesale market, where it holds a special position due to its status as the incumbent operator, and on various retail markets, both general and specific to businesses, fixed and mobile.

I. The subject of the referral

In its referral, the AOTA asks the FCA to find that Orange has infringed Article L. 420-2 of the French Commercial Code by having implemented anti-competitive practices and to order Orange to pay a fine on this basis. In support of its application, the AOTA states that recent developments in fibre and the competitive dynamic have led to the emergence of a specific market for optical fibre for non-residential customers. In this particular context, the AOTA explains that Orange, as an ultra-dominant player, has a particular responsibility to ensure the possible development of the competitive game and not to restrict emerging competition in fast-growing markets.

AOTA argues that Orange’s FttH infrastructure is now an “essential facility”and that Orange is in an ultra-dominant position in the activated wholesale FttH offers market and in the retail market offering to enterprises. Alternative operators are not in a position to replicate Orange’s FttH infrastructure themselves under reasonable economic conditions. Furthermore, there is no alternative to access to a nationally activated FttH offer[3]for alternative operators and that access to a nationally activated FttH offer is unquestionably possible, both technically and economically. The AOTA concludes that Orange’s denial to provide alternative operators with an activated FttH offer constitutes an abuse of a dominant position on the basis of the denial of access to an essential infrastructure, contrary to Articles 102 of the TFEU and L. 420-2 of the French Commercial Code. In addition to its referral on the merits, the AOTA requested the pronouncement of precautionary measures aimed at enjoining Orange to provide alternative operators with an FttH offer activated at the national level under tariff conditions established in an objective, transparent and non-discriminatory manner, at a cost-oriented rates.

Thus, the real question was whether or not the FttH infrastructure could be considered “essential”. The concept of essential infrastructure refers to a set of facilities owned by an undertaking in a dominant (or even monopoly) position, which are not easily reproducible and whose access is indispensable for third parties to carry out their activity. It appeared in the Terminal Railroaddecision of the US Supreme Court[4], then in the Sealinkcase[5]of the European Commission and was enshrined by the Court of Justice of the European Union in its Magill decision[6](1995). The Court holds that the refusal to contract is abusive when it concerns an indispensable good or service that cannot be reproduced by reasonable means and is liable to eliminate competition without objective justification[7].

Relying in particular on the opinion of ARCEP[8](France’s Electronic Communications, Postal and Print media distribution Regulatory Authority),requested in accordance with Article R. 463-9 of the French Commercial Code, the ACF leaves open the question of the existence of a specific wholesale market for activated FttH offers, while refusing to classify Orange’s FttH infrastructure as an essential infrastructure.

II. The existence of a specific wholesale market for activated FttH offers

In the context of its referral, AOTA questions the market segmentation adopted by ARCEP[9]and considers that there is a specific wholesale market for activated FttH offers. In support of this claim, the AOTA invokes in particular the level of performance of optical fibre networks and the growing inclination of companies to equip themselves with optical fibre. Nevertheless, in its opinion in this case, ARCEP notes that there is no evidence to call into question the analysis carried out in 2017:“the Authority has not found any sufficiently significant market developments to date to justify reopening the market analysis”,the opinion states.

For its part, the ACF considered that it did not seem useful to make a final decision on the question of the existence of a specific wholesale market for activated FttH offers, thus leaving this question open.

It should be reminded that the denial by a dominant undertaking to transmit to actual or potential competitors an essential information for their economic activity may constitute an abuse of a dominant position on the twofold condition that such information is indispensable and that it is impossible to put in place alternative solutions under reasonable economic conditions[11]. Hence the need to decide whether the Orange’ FttH infrastructure is essential or not.

The AOTA considered that access to an FttH-activated offer at the national level by Orange was “strictly necessary (or indispensable) in order to carry on a competing activity on an upstream, downstream or complementary market to that on which the infrastructure holder holds a monopoly”, namely Orange. Acontrarioreasoning led to the view that the wholesale offers currently available on the market did not allow the exercise of a competing activity on the market in question.

The FCA analyses the indispensable nature of the access requested by the AOTA, in concreto, taking as an element of assessment in particular the wholesale offers currently available on the market, both on the question of national coverage and on that of the specific needs of business customers and the economic and commercial conditions enjoyed by alternative operators.

The FCA notes that the fibre optic networks do not cover the entire territory, unlike the copper network resulting from the historical monopoly, so that the access requested by AOTA from Orange would not, on its own, make it possible to provide services to enterprises throughout the territory. It also notes that the difficulties encountered by AOTA with regard to the coverage deficit beyond 85% (or 74%) are not unique to it and also exist for SFR and Bouygues, since they do not currently have exhaustive coverage of the territory, all the more so when the FttH networks are, as they are today, still in the process of being rolled out. However, these coverage difficulties do not prevent them from being present on the downstream market[13].

The FCA also notes that the demonstration relating to the economic and commercial considerations developed by the AOTA to justify the indispensable nature of the access requested is insufficiently convincing in that it is not exhaustive and does not cover all the wholesale offers that exist on the market to serve business customers, whether these offers come under markets 3a, 3b or 4.

Finally, the Authority considers that it is reasonably possible to replicate Orange’s FttH infrastructure and recalls that, as part of the roll-out of the fibre network in France, ARCEP required Orange to provide all operators with fair access to its local loop civil engineering infrastructure (ducts, pulling chamber, etc.). This has enabled third party operators to deploy their own networks and has led to the emergence of a market for activated wholesale offers as proposed by the three operators SFR, Bouygues Telecom and Kosc[14]. AOTA’s argument that third party operators cannot “build in the near future a whole fleet of local loop civil engineering infrastructures comparable to Orange’s legacy” is therefore inoperative, as it is not necessary to rebuild a civil engineering network (ducts, pulling chamber, adduction) to deploy an FttH network. Furthermore, it would be premature to qualify as essential infrastructure a network that is not yet fully deployed[15].

The FCA draws the consequence from these various elements that, without needing to analyze the other conditions laid down by case law, Orange’s FttH infrastructure cannot be qualified as essential infrastructure. And, applying Article L. 462-8 of the French Commercial Code, it rejected the referral on the merits of the case to the AOTA for lack of sufficient evidence and, therefore, the request for protective measures ancillary to the referral on the merits. However, it has decided to open an exploratory investigation into the problems of the corporate telecommunications market, in order to ensure that there are no practices likely to distort competition in the corporate market.

[1]FCA, Decision 20-D-02 of 23 January 2020 relating the practices implemented by Orange in the electronic communications sector.

[3]An activated access offer refers to the rental of activated fibres managed by another operator who provides a service to deliver data flows to a specific delivery point on the network. They therefore enable operators, particularly the smallest ones, to offer their services to end users without having to deploy their equipment in each of the network’s optical connection nodes but to concentrate data retrieval at a specific connection point. SeeOrion Berg, Alexandre Martin, Op. cit., p. 176.