One for all, and all for one! The Sumal decision specifies the scope of the notion of undertaking to facilitate private actions 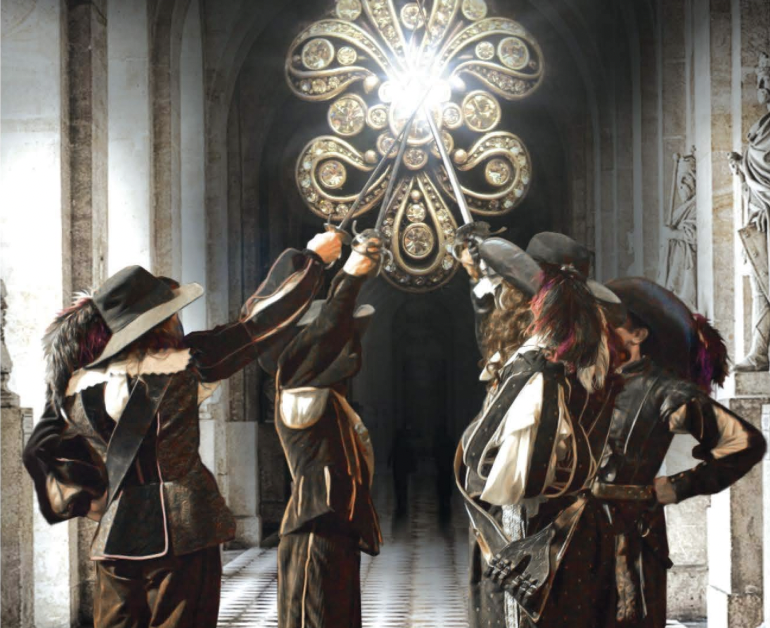 This paper was first published in French in:

Resume: In its long awaited Sumal decision, the European Court of Justice (ECJ), sitting as a Grand Chamber, states that the victim of an anticompetitive practice can bring an action for damages, without distinction either against a parent company who has been punished by the Commission for that practice in a decision or against a subsidiary of that company which is not referred to in the decision, where those companies together constitute an undertaking at the moment of the infringement. This decision specifies in an unprecedented way the scope of the notion of undertaking to contribute to the development of private actions. Nevertheless, the proof that the subsidiary belongs to the parent company will rest on the victim, and the rights of the defence of the subsidiary being sued will have to be respected.

To quote this paper: M.-S. GARNIER, “One for all, and all for one! The Sumal decision specifies the scope of the notion of undertaking to facilitate private actions”, Competition Forum, 2022, n° 0033, https://competition-forum.com.

2. Background. In 2016, following a leniency procedure and a settlement, the Commission sanctioned fifteen truck manufacturers for a cartel perpetrated from 1997 to 2011[i]. While the case is a classic one, its judicial follow-up will be remembered. This summer, one of them, from Madrid, has already given rise to a first notable preliminary ruling[ii]. It is again on Spanish territory that our dispute begins. Between 1997 and 1999, Sumal purchased two trucks from Mercedes Benz Trucks España (MBTE), a subsidiary of the Daimler group. The purchaser was thus subjected to the fraudulent price increase resulting from the cartel that Daimler was engaged in during that period. The victim therefore intended to obtain compensation for the additional costs unduly paid, based on the Commission’s decision. The battle seemed to be well underway. But is seems that when it comes to private actions, there is always a “but”. Instead of bringing the German parent company before the competent Spanish court, Sumal sued its subsidiary MBTE. This subsidiary was not included in the Commission’s decision. This is the crux of the problem. MBTE naturally stepped into the breach, arguing before the Barcelona Commercial Court that it could not be held civilly liable for the consequences of the infringement for which only its parent company Daimler had been condemned by the Commission. Accepting the argument, the court of first instance dismissed the plaintiff’s complaint. Sumal appealed against the judgement to the Barcelona Provincial Court which, noting that the Court of Justice had never ruled on this point, decided to stay the proceedings in order to formulate several questions for a preliminary ruling.

The Court’s response was eagerly awaited. The issue is not only thorny, but also far from being new. Several national courts have already had to deal with it, and their solutions are sharply different. In Spain, some courts have upheld actions against a subsidiary not covered by an infringement decision, while several have rejected them[iii]. In other Member States, the assumption seems to be accepted[iv], but the criteria differ. In France, we remember the JCB case[v], in which the Cour de cassation called for an assessment of the subsidiary’s personal fault in order to deem admissible the private action directed against it. The British judges questioned the need for the victim to prove that the subsidiary had been aware of the infringement committed by its parent, and finally conclude that such proof was not necessary once it was established that the subsidiary was part of the company[vi]. These contradictions made urgent harmonisation by the European judge.

This reminder is of major importance for the Sumal case. Indeed, admitting “top-down liability” of the subsidiary for the conduct of its parent, as suggested by Advocate General Giovanni Pitruzzella whose reasoning was not taken up by the Court on this point, would give rise to legitimate criticism. In theory, this would amount to allowing a new perpetrator to be held liable for the fault of another person after a final decision has been taken by the Commission. Yet, while vicarious liability is allowed in tort law, this is not the case in public competition law, which falls inside the sphere of criminal matters within the meaning of the European Court of Human Rights (ECtHR). This was both the challenge and the difficulty of the question asked by the Spanish Court. Since the Skanska decision[viii], we know that the concept of undertaking must be interpreted uniformly in the context of public and private enforcement. Therefore, the Court could not limit its solution to private actions only. Nor could it recognize the existence of a case of vicarious liability, as this would have rendered the notion of undertaking incompatible with the principle of personal liability[ix]. The situation is paradoxical: it was necessary, in order to maintain a theoretical unity, to reach a solution that respected the principles governing criminal law, even though in practice the solution was likely to be used mainly to support private actions, which are not subject to criminal law principles.

The Court thus had to engage in a subtle balancing game. As private actions are a complement to the Commission’s enforcement of competition law[x], a teleological interpretation, of which the European judge is accustomed, required it to encourage their development by adopting such a solution; but at the same time, it had to be in line with the case law about the notion of undertaking. The test is successfully passed: the reasoning of the Court is remarkably skilful, but complex. Several steps are necessary to understand and to legitimize the solution.

In sum, the Sumal case is a further illustration, if one were needed, of the functional nature of the concept of undertaking. By extending its scope further again, it will undoubtedly provoke resistance. This will be because our natural reflex is to adapt our traditional reasonings, forged for natural persons, to a subject of law that is anything but traditional. The same was true at the time when the recognition of the criminal liability of the legal persons was in question. Our concepts, including the undertaking, are sometimes like fictions. So let us not lose sight of their raison d’être, which is that of the law itself: to come up with fair solutions[xxxi]. From the point of view of the subsidiary, the solution is not fundamentally unfair. The latter has certainly benefited from the infringement and, because it belongs to a group, the payment of damages may ultimately be borne by it. It also seems to us appropriate to seek to facilitate the victim’s action by allowing her to sue a direct contractor located in his State. Admittedly, in this case, the plaintiff could have directly sued the parent company[xxxii], and this would have been a much more relevant strategy, given that the procedures have been simplified within the European judicial area. However, this will not necessarily be the case for a future victim, especially if the only parent company convicted is located outside European borders.

While the solution is supposed to alleviate the difficulty of bringing an action against a foreign parent company, it increases the burden of proof on victims. Between one constraint or another, victims of anticompetitive practices are now free to make their choice!

[iv] See, for example, in the Netherlands, the judgement of the Arnhem-Leeuwarden Court of Appeal of 26 Nov. 2019, comm. by C. Cauffman, “Beyond Skanska. The Court of Appeal of Arnhem Leeuwarden’s latest decision in TenneT”, 1st  Jan. 2020, SSRN, available at: https://ssrn.com/abstract=3512364; in Germany, the judgement of the Dortmund court of 8th Jul. 2020, quoted by M. Araujo Boyd, “Should children pay for their parent’s sins? The Sumal preliminary reference”, 7th Sept. 2020, SSRN, available at: https://ssrn.com/abstract=3688438; in the United Kingdom, the High Court of Justice judgement of 2nd May 2019, Media-Saturn Holding GmbH & Ors v. Toshiba Information Systems.

[ix] Recalled in para 42 of the Sumal case and in para 39 of the opinion of the Advocate General, which simultaneously mentions the principle nulla poena sine culpa.

[x] The Court begins its reasoning with this reminder, paras 35-37.

[xviii] It should be mentioned that in this case, the Commission prosecuted the subsidiaries of certain parent companies, but not those of Daimler, even though they had, together with their parent company, submitted an application for leniency, see point 34 of the above-mentioned Commission decision.

[xxiv] ECtHR, 1st Oct. 2019, no 37858/14, paras 43 to 49. The case concerns the French law of restrictive practices, but the Court implicitly extends the solution to anticompetitive practices by referring to it in para 50.