Interview of Antonin Pitras on his PhD thesis: Banking activities and competition law by David Bosco 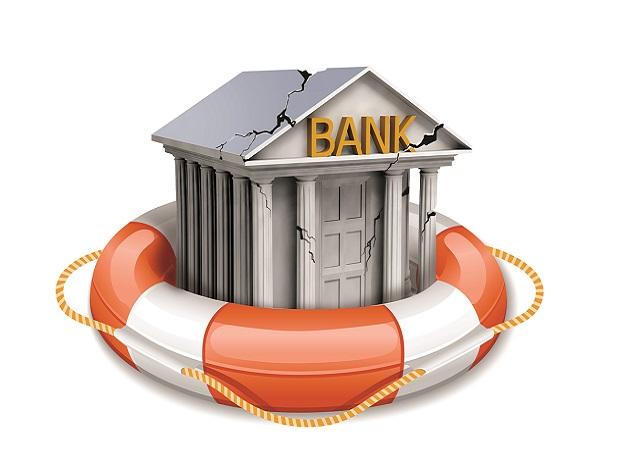 Antonin Pitras holds a PhD in Private law. His research focuses on regulation and competition within the banking sector. He also teaches Civil and Business Law at University Paris 1 Panthéon Sorbonne.

To quote this paper: D. Bosco, A. Pitras, “Interview of Antonin Pitras on his PhD thesis: Banking activities and competition law by David Bosco”, Competition Forum, 2021, art. no0015, https://competition-forum.com.

First, it should be noted that the relationship between competition and financial stability is not necessarily one of conflict. Economists are divided on this question. Some consider competition between banks to be a factor of financial instability, because competition reduces prices and therefore the income of banks; consequently, banks need to participate in more profitable and riskier activities to remain competitive. However, other economists consider competition to be a factor of financial stability, because competition leads to lower market concentration and can therefore limit the number of banks that are “too big to fail.” In this case, banks are encouraged to take risks due to the assurance that they will be saved by the State in the event of bankruptcy.

The position of the competition authorities is equally ambivalent. In general, they consider competition compatible with stability and believe that competition law should be applied to banks as it is to other companies.

However, competition authorities are also aware of potential conflicts, particularly related to state aid, because the failure of a large bank may have systemic repercussions. In these situations, strict enforcement of the principle of aid prohibition may prove inappropriate. The DG Competition has long been aware of these conflicts. In 1994, the European Commission assessed the support granted to Crédit Lyonnais by the French State and recognized that aid may be necessary to achieve a stability objective if the beneficiary has a systemic dimension.

In the event of a conflict between competition and stability, the European Commission gives precedence to stability. Since the 2008 financial crisis, financial stability has also become a full-fledged objective of the DG Competition. In October 2008, the Competition Commissioner Neelie Kroes declared that the “Commission has done and is continuing to do everything it can to help stabilize European banks.”

Today, it is well established that some aid must be approved in order to “remedy a serious disturbance in the economy” based on the exception provided for in Article 107 § 3 (b) TFEU.

2° Your thesis shows an evolution of the law towards full applicability of competition law but you point out that in France there is still a long way to go. What do you aim at in particular? Are there any specificities of the banking sector that the national legislator should take into consideration? Besides, don’t central banks deserve specialtreatment?

Indeed, the applicability of competition law to banks has been slow and gradual.

De jure, banking activities have always been subject to EU competition law. Regulation no. 17 (First Regulation of 1962 implementing Articles 85 and 86 of the Treaty) does not include any exception in favor of the banks.

However,de facto, banks have been exempted from competition law for many years. Bankers have traditionally been hostile to the application of competition law to their business, and the European Commission has expressed doubt about the appropriateness of enforcing competition rules for banks. This reluctance is primarily due to the risk of instability in the banking sector and the possible involvement of banks in monetary policy. These considerations lead some to believe that a special exception should be granted to banks. As a result, the Commission refrained from applying competition law to banks for more than 20 years.

This period of uncertainty ended with the Züchnerdecision, which was handed down by the Court of Justice on July 14, 1981. In this case, the Court explicitly confirmed the applicability of competition law for banks and rejected all opposing arguments. Since then, EU competition law (antitrust law, state aid law, merger control law) has been fully applicable to banks.

However, banks operate outside the scope of other parts of French competition law, namely those set forth in Article L 442-1 of the French Commercial Code. These rules prohibit restrictive practices (e.g., subjecting a commercial partner to a significant imbalance in rights and obligations, reserving advantages without consideration, or brutal termination of established commercial relations). Article L 511-4 of the Monetary and Financial Code confirms that these rules are not applicable to banks.

This exemption is not justified by any economic or legal reason, and it creates a disparity between banks and other companies that are subject to the prohibition of restrictive competition practices. My thesis advocates for a modification of the French law to subject banks to the full body of French competition law.

Central banks deserve special treatment and should be exempted from competition rules in their exercise of the powers of the public authority (in line with the Eurocontrolruling). Specifically, the ECB exercises public authority by conducting monetary policy, exchange rate policy and practicing prudential supervision of banks in the EU. This solution is identical for the national central banks that act within the framework of the Eurosystem.

However, some activities of central banks are considered economic activities. In these cases, central banks may be subject to competition law. Article L 141-9 of the Monetary and Financial Code empowers the Banque de France to carry out activities that are not of general interest and therefore do not require powers of public authority, notably in the field of payment services. In 2010, the French Competition Authority (FCA) fined the Banque de France for an anti-competitive agreement on the check market (Decision 10-D-28 of September 20, 2010 on prices and associated conditions applied by banks and financial institutions for processing checks submitted for encashment purposes).

3° What is your analysis of European case law concerning interbank commissions? Do you think that the notion of restriction by object is an appropriate tool to regulate this practice?

Interbank fee agreements are highly harmful. In short, these agreements fix a uniform rate for the fees banks pay to each other when processing payments associated with different instruments (e.g., card, check, wire). In practice, the banks systematically pass on these interbank fees to their own customers (consumers) in their pricing for payment services. Interbank fee agreements are therefore equivalent to indirect price agreements. Prima facie, the notion of restriction by object seems relevant to this type of behavior.

However, judges have refused to recognize the existence of an anticompetitive object in interbank fee agreements. In an April 2, 2020 Budapest Bankdecision, the CJEU rejected the existence of an anti-competitive object in the cartel on bank fees for card payments that was perpetrated by Visa and MasterCard network members. In France, the Cour de cassation ruled on January 29, 2020 that no anti-competitive object existed in relation to interbank fees charged for check processing. Among other reasons, the European and French judges do not believe that these practices fall within a category of practices that are proven to be harmful in light of past experience.

Therefore, regulators have sufficient experience to identify the anticompetitive purpose of interbank fee agreements. Doing so would provide the authorities with a significant procedural gain.

4° Do you think that our state aid law has made a useful contribution to overcoming the financial crisis? What should be done to improve our rules?

The enforcement of state aid law certainly played a role in restoring stability during the 2008 financial crisis. During this time, many European banks were in serious difficulty and required state aid to recover. At the time, however, no uniform bank resolution regime existed at the European level. Therefore, there was a risk of fragmentation between the Member States regarding the approach to aid for ailing banks.

As a matter of urgency, the DG Competition established a specific regime to be applied to ailing banks and defined the conditions under which aid could be granted to banks, based on article 107 § 3 (b) TFEU. This framework was originally explained in a Communication from the Commission of October 25, 2008. It has since been amended several times, and the current version is the Communication of July 30, 2013. The application of state aid law to banks has helped to unify the European response to the crisis, limiting the risk of fragmentation and stabilizing the European banking market.

To date, this special regime is still enforced as a preventive measure. The framework is very accommodating in granting aid to banks that are in difficulty. In practice, the aid measure is nearly automatically authorized if the bank can demonstrate difficulties. This approach was appropriate at the time of the financial crisis to prevent the spread of the systemic crisis and restore stability. However, ten years later, this generous regime no longer seems justified (disregarding the current COVID-19 crisis). It may encourage banks to undertake risky activities. Indeed, if the Commission authorizes state aid automatically each time a bank encounters financial distress, it could provide an incentive for banks to take more risks, because they expect to be rescued by the State in the event of a failure.

To prevent future crises, it may be preferable to strengthen the conditions required to grant public aid to ailing banks. Doing so would limit the risk of moral hazard and consequent instability.

5° Do you think the dialogue between the banking regulator and the competition authority is sufficiently effective?

A tangible dialogue exists between the competition authorities and the banking authorities.

The DG Competition and the FCA make extensive use of their soft law powers (e.g., sector inquiries, opinion mechanisms) to communicate with the banking authorities. These tools provide the latter with an understanding of the mechanisms of banking markets and possible market failures. If the enforcement of competition law is insufficient to resolve these difficulties, the competition authorities consider solutions in the field of banking regulations.

The Sector Inquiry on retail banking conducted between 2005 and 2007 by the DG Competition illustrates this process. In the Inquiry Report, the European Commission highlights various failures related to the insufficient mobility of customers and asymmetric information. The Commission considers several ways in which banking regulation could be improved to remedy these failures. Some of the solutions proposed by the DG Competition can be found in Directive 2014/92/EU.

In France, the FCA issued an opinion on March 31, 2005 regarding the conditions under which a universal banking service could be established. In this opinion, the FCA provides the legislator with a complete guide to banking regulation. It details the stages that must be followed to verify the need to set up a universal banking service and define its financing mechanisms.