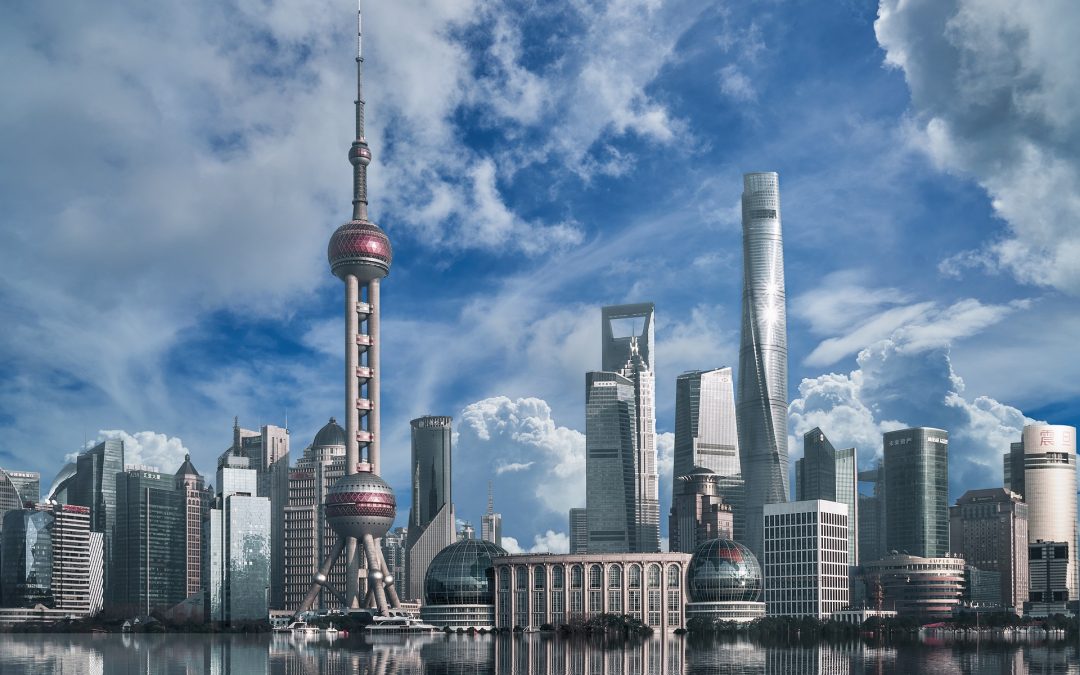 Resume: With its growing role in international trade and investment flows as an economic powerhouse, China has also become an important jurisdiction in terms of competition law enforcement. While application of the Anti-Monopoly Law to the commercial activities of the domestic companies has important repercussions for their market conduct abroad, the enforcement of the merger control directly affects multinational companies, which, due to their business presence in China, have to notify their mergers and acquisitions for clearance by China’s competition authorities. The present paper represents a study of China’s merger control enforcement record. It addresses the following research questions. Does merger control “with Chinese characteristics” follow the widely accepted competition harm theories? How does the public interest or other non-competition factors are considered in merger assessment? Is China’s merger control enforcement discriminatory in relation to foreign companies? The paper addresses these questions through a study of the Anti-Monopoly Law and secondary competition legislation, the institutional setting of China’s merger control and the merger decisions published by the competition authorities.

Besides its significant role in international trade and investment flows as an economic powerhouse, China has also become an important jurisdiction in terms of competition law enforcement. While application of the Anti-Monopoly Law (AML) to the commercial activities of the domestic companies has important repercussions for their market conduct abroad, the enforcement of the merger control directly affects multinational companies, which, due to their business presence in China, have to notify their mergers and acquisitions for clearance by China’s competition authorities. The recent paper published in the KLRI Journal of Law and Legislation represents a study of China’s merger control enforcement record. It addresses the following research questions: (1) Does merger control “with Chinese characteristics” follow the widely accepted competition harm theories? (2) How does the public interest or other non-competition factors are considered in merger assessment? (3) Is China’s merger control enforcement discriminatory in relation to foreign companies? The paper addresses these questions through a study of the AML and secondary competition legislation, the institutional setting of China’s merger control and the merger decisions published by the competition authorities.

In the competition law scholarship, there has been a strong narrative of China’s merger control’s convergence with the Western jurisdictions in terms of applying economic analysis as a core basis for merger review and enhancing procedural safeguards to protect the rights of the merging parties and increasing legal certainty of merger assessment. The Chinese merger control authorities have been frequently labelled as “young,” “unexperienced” or lacking necessary human resources to achieve a more technocratic enforcement of merger control rules. Despite the intentional choices of China’s legislators and regulators to design and implement its merger control regime with “Chinese characteristics”, the Western academic literature is abound with the hopes for further international convergence.

Like numerous other jurisdictions, China applies its merger control to those transactions where the parties have substantial business presence on the Chinese markets expressed in terms of the realized turnover. It embraces the “effects doctrine” and applies extraterritorially “to monopolistic conducts outside the territory of the People’s Republic of China, which serve to eliminate or restrict competition on the domestic market of China.” As a result, even a merger of two foreign companies would have to obtain clearance from the Chinese competition authorities provided the turnover-based notification thresholds are reached.

China’s AML pursues multiple goals including “preventing and restraining monopolistic conducts, protecting fair market competition, enhancing economic efficiency, safeguarding the interests of consumers and the interests of the society as a whole, and promoting the healthy development of socialist market economy.” The relevant AML provisions stipulate that Chinese competition authorities would consider multiple factors when carrying merger assessment of the notified concentrations: market shares of the merging parties, level of market concentration, effect of the merger on market entry and technological progress, effect of the merger on the development of national economy, as well as “other factors.” As a result, although China’s AML adopts a widely recognized model of prior notification of economic concentrations and their review is based on the competition considerations, the multitude of AML objectives will substantially affect the dynamics of merger review.

The initial distribution of the AML enforcement competences reflected the “Chinese characteristics” and the regulatory portfolios of the three institutions: the National Development and Reform Commission (NDRC), the Ministry of Commerce (MOFCOM), and the State Administration for Industry and Commerce (SAIC). The NDRC was authorized to enforce AML against the price-related anti-competitive practices, the SAIC was responsible for non-price-related infringements, while the MOFCOM assumed the responsibility for merger control. Despite its extensive expertise with the matters related to international trade and foreign investment, the MOFCOM had considerably less knowledge and experience with the functioning of the Chinese domestic markets, compared to the other two anti-monopoly enforcement authorities. The MOFCOM was relieved of its responsibility for enforcing merger control under the AML in 2018, when the State Council has moved to centralize the AML enforcement under the single institutional roof by establishing the State Administration of Market Regulation (SAMR). The Anti-Monopoly Bureau of the MOFCOM has moved to the SAMR. Finally, in 2021, China has separated its competition authority into an independent Anti-Monopoly Bureau (AMB) that has been elevated from the rank of a department within the SAMR to a deputy ministerial level agency. The newly established competition authority, absorbed the merger control department of the SAMR.

While national competition authorities in many jurisdictions have to ensure that their merger decisions contain sufficient reasoning in order to allow for a meaningful judicial review, that is not the case in China. For example, the first published merger decision under the AML in InBev/Anheuser-Busch case is one and a half pages long, while the prohibition of CocaCola/Huiyuan acquisition was explained by the MOFCOM on four pages. The practitioners frequently note the lack of transparency on the part of the MOFCOM and consider the published decisions of little instructive value in terms of their usefulness for the legal and business strategies of the merging parties. The lack of clarity appears intentional since it increases the de facto discretion of the competition authorities in identifying their concerns and encourages merging parties to engage in negotiations to find the acceptable remedies. Furthermore, unlike other areas of the AML enforcement, the role of the courts in clarifying merger control concepts has been virtually non-existent. As a result, the interpretation of the merger rules has been entirely in the hands of the competition authorities (MOFCOM/SAMR) responsible for their enforcement.

During 2008-2013, out of 750 notifications, only 57 or 8% were transactions involving exclusively domestic companies. This circumstance led to a widespread impression that China’s competition authorities intentionally target foreign companies in their merger review. However, instead of focusing on whether China’s merger control deliberately discriminates foreign firms, it would be more relevant to discuss how effective or relevant merger review is for domestic enterprises. One of the reasons for the absence of domestic-to-domestic mergers from the “problematic” cases where mergers were prohibited or cleared with conditions has to do with China’s market structures. In those markets where there is no monopolistic or dominant SOE, the market shares of the parties tend to be rather small, concentration ratios are relatively low, and there won’t be any significant effect on competition from the intended concentrations. Due to their importance for the Chinese economy, although the consolidations of the Chinese state-owned enterprises (SOEs) were regarded as concentrations of undertakings and fell within the scope of merger control, once the government announces the reorganization of the relevant SOEs, the merger clearance of the MOFCOM/SAMR remained a formality. While several high-profile SOE mergers passed through the merger review, there are numerous instances where SOEs have omitted to submit their merger notifications. The maximum penalty of CNY 500,000 for failure to notify is unlikely to serve a sufficient deterrence. Therefore, although formally the merger control rules under the AML are applicable to foreign and domestic companies alike, due to the above reasons the merger review was used more assertively in relation to foreign companies as such entities are not covered by ownership or regulatory tools, which the Chinese authorities normally use in relation to domestic market players.

It should be also noted that our study of China’s merger control enforcement is based primarily on the conditional clearances and prohibition decisions since the AML does not require publication of unconditional clearances. The attempts to screen the conditional merger decisions for the factors that have been actually considered by the MOFCOM/SAMR during the merger assessment process produces anecdotal evidence and leads to inconclusive results. On the other hand, the formulation of merger remedies can serve as a litmus test for assessing the convergence, or lack thereof, between the Western-style, primarily economics-based merger control regimes and China’s sui generis merger control system.

For example, in 2014 Microsoft/Nokia case, the MOFCOM used behavioral remedies to ensure that the standard essential patents held by the merging parties would be licensed on FRAND terms. The competition authority has justified its decision by the prevention of possible abuses of patents that may occur post-merger. In another 2014 case Thermo Fisher/Lifei, the acquiring company was required to lower the China market list prices for its products in the next ten years and not to reduce the discount offered to the Chinese customers. Another example of behavioral remedies is the requirement to notify any further expansion of the merging parties’ business in China for approval to the competition authority. Such remedy features in the conditional clearance of InBev/Anheuser-Busch merger.

The present study of the China’s merger control legislation and enforcement record demonstrated that while formally following the widely accepted competition harm theories, the consideration of non-competition factors in merger assessment coupled with significant discretion of the merger control authorities result in a limited degree of predictability in merger assessment. The enforcement statistics in terms of the nationality of the merging parties subjected to prohibitions or imposition of remedies suggests that China’s merger control enforcement is applied more assertively in relation to foreign companies thus resembling a foreign investment screening regime.